Noah’s Ark Zoo Farm have a new addition; a Spectacled Bear named Mididi has arrived from Chester Zoo. The 2 year old female bear has moved into Andean Adventures at the zoo, alongside other new arrival Rasu, a 2 year old male, who arrived last month from Zurich Zoo. 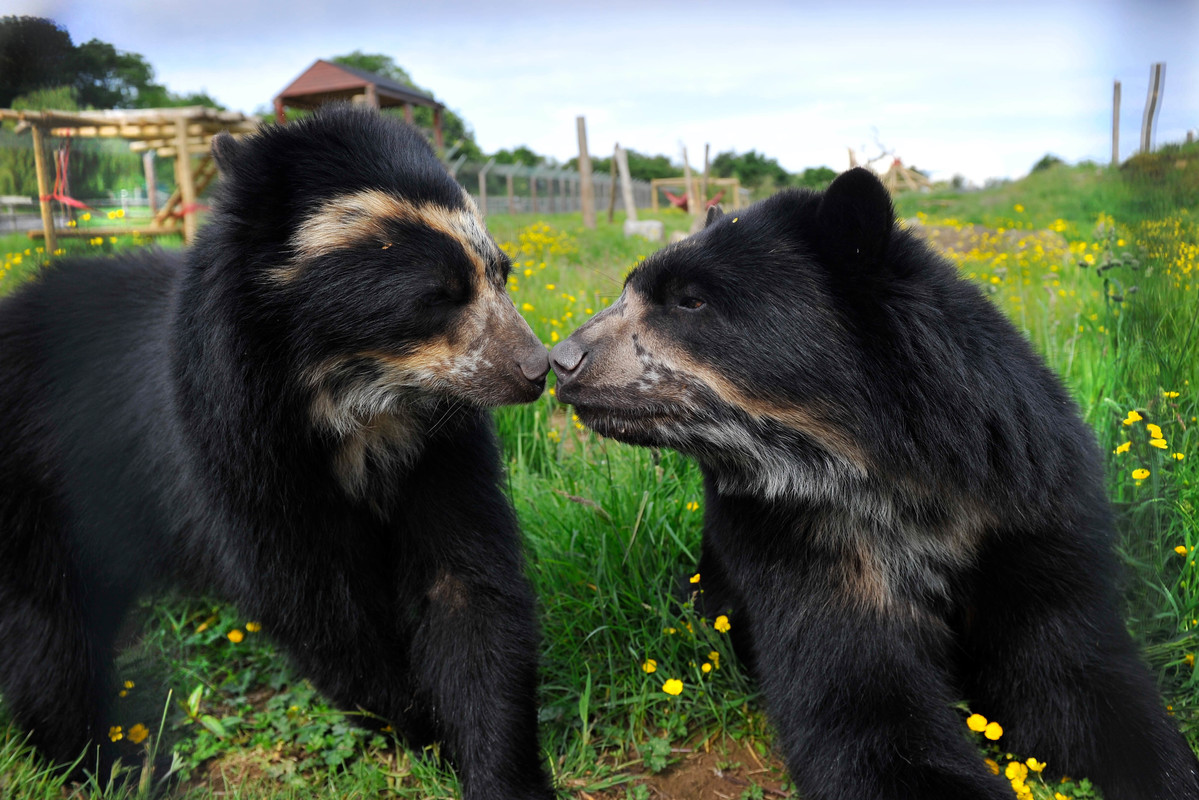 The two bears have recently moved to Bristol, as part of the European Endangered Species Breeding Programme (EEP) which coordinates the breeding of endangered species across European Zoos.

Mididi is enjoying her time climbing up trees and surveying her new territory as well as getting to know Rasu and the 16 Coatis who share her enclosure.  Coatis are members of the Raccoon family from the Americas.

Chris Wilkinson, curator of Noah’s Ark Zoo Farm said “We are delighted to receive such genetically important bears. Mididi is settling in and the bears seem to have taken to each other well and we are looking forward to what may happen in the future”.

When visiting Noah’s Ark Zoo Farm in Wraxall, you’ll be able to spot Mididi by her very noticeable ‘spectacle’ colouring around her eyes. She is much more identifiable than her new friend Rasu or the zoo’s previous Spectacled Bears.