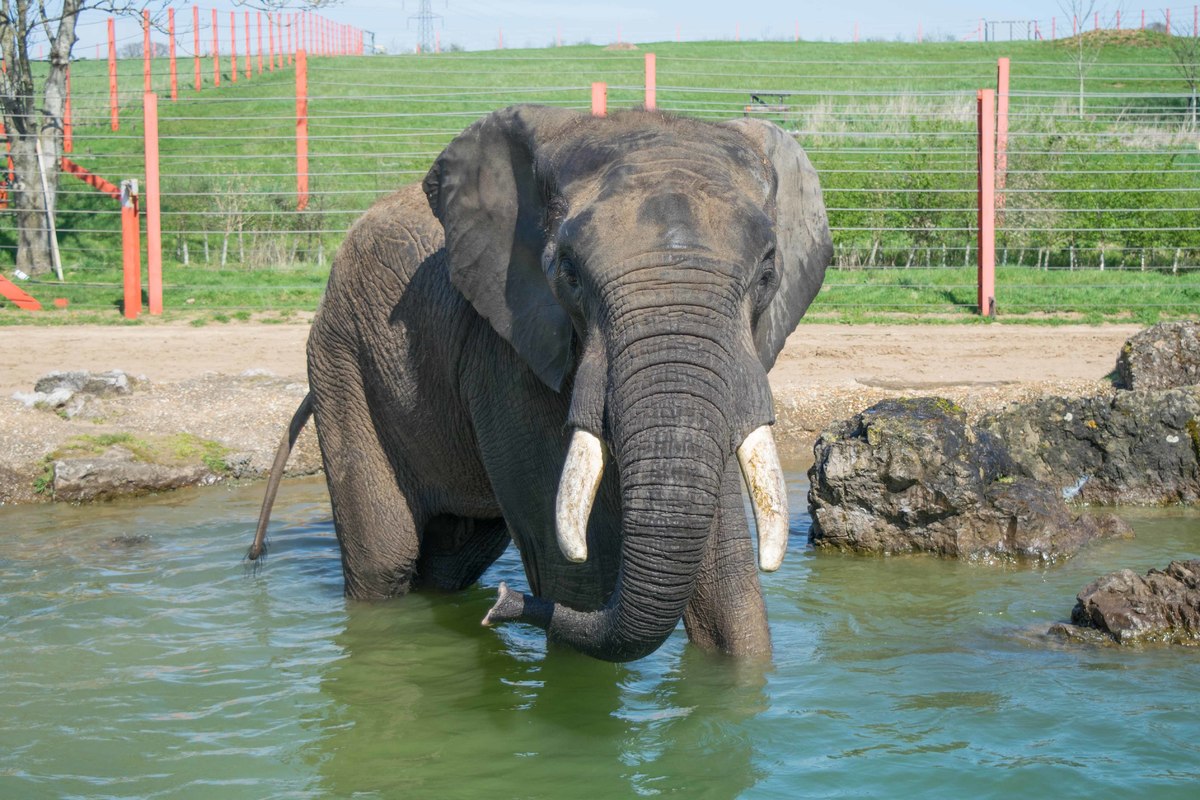 26 year old Shaka is joining two young bulls, 9-year-old M’Changa and 12-year-old Janu. Male Elephants will naturally group together with other solitary males to form bachelor groups. These bachelor groupings are important for young bulls to learn social skills and new behaviours from the older males. We are hoping that Shaka will act as a dominant bull for M’Changa and Janu to learn from.

Shaka will spend some time in a separate part of the enclosure from the other Elephants to allow him to settle into his surroundings. After this, our experienced keepers will start the slow introduction process of the Elephants, starting with just seeing and smelling each other.

Visitors will be able to see M’Changa and Janu as usual. Viewing of Shaka may be limited during the first few days to give him time to settle into his new home in peace. For the latest updates on Shaka and to see Janu and M’Changa up close visitors should watch the daily Elephant keeper talk at 1pm in Elephant Eden.