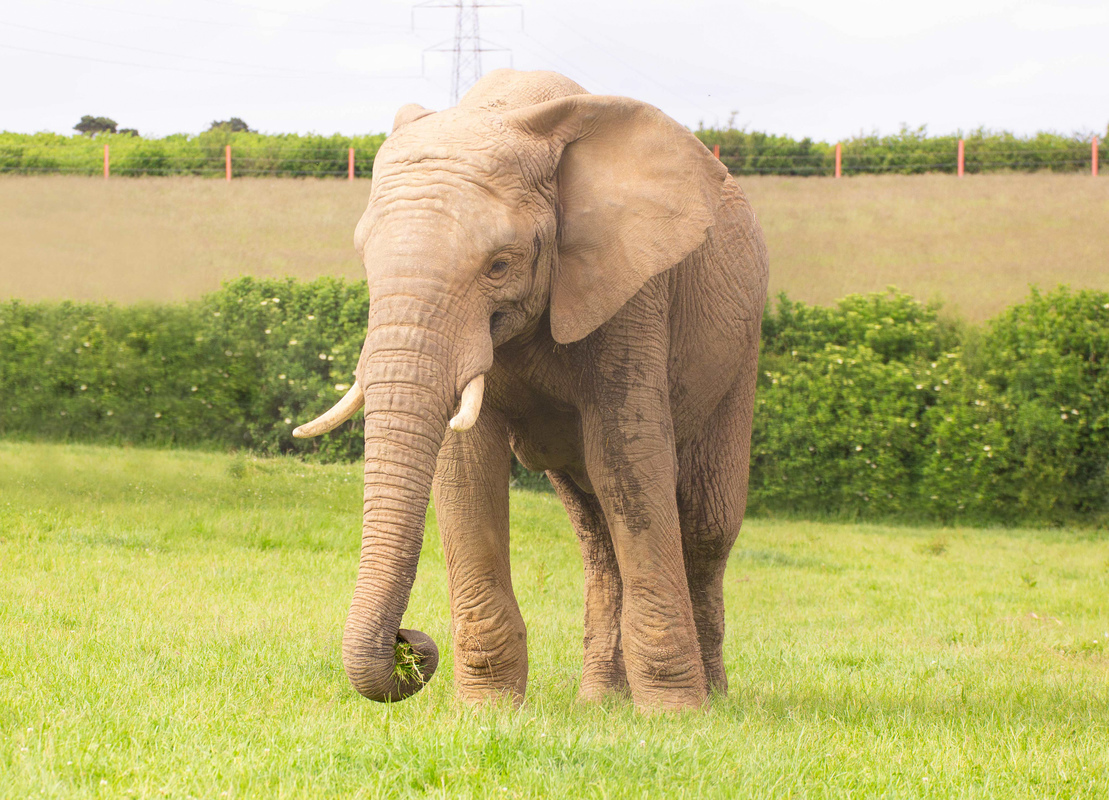 It is with deep sadness that we announce the death of one of our male African Elephants, M’Changa, who has passed away following an incident with one of our other elephants here at the zoo.

Our dedicated team of Elephant keepers are understandably distraught over this recent event, and we are doing all that we can to support them during this difficult time.

In the early hours of Friday morning, another bull elephant went into the area where M’Changa was asleep, and an attack ensued that unfortunately left M’Changa with fatal injuries. A full review is now in progress, including an investigation into events surrounding the incident and looking at future plans to establish the best way forward for the elephant programme at Noah’s Ark.

The bull elephant group have 24-hour access to the outside and inside areas of their enclosure. They are typically social animals so having the option of being together is an important part of elephant welfare.

The facility, Elephant Eden, has been previously commended on its best practice with specialist elephant keepers, 20 acres of space to roam and extensive efforts made for enrichment and sustaining healthy, active elephants.

At the time of the incident, the zoo was not yet open to the public. Our other bull elephants, Shaka and Janu are unharmed.

M’Changa, aged 12, arrived at Noah’s Ark Zoo Farm in 2014 from Boras Zoo, Sweden and had very much become an integral part of the male bachelor group of elephants. Janu also arrived in 2014 and Shaka, in 2018. After a lengthy process of introduction, all three elephants have successfully lived together for over 3 years.

The elephants play a hugely important role as a male population that can be transferred to other facilities as breeding bulls to contribute to breeding programmes.

“BIAZA is saddened to hear of the news of the unfortunate loss of an elephant at Noah’s Ark Zoo Farm.” said a Senior spokesperson at BIAZA (British and Irish Association of Zoos and Aquariums.)

“Noah’s Ark Zoo Farm has one of the largest elephant facilities in the UK and Europe. The bachelor elephant group at Noah’s Ark plays a key supporting role serving wider African Elephant conservation efforts as an important part of the European Endangered Species Programme. Our thoughts are with the dedicated elephant care staff at Noah’s Ark.”

In the wild, African Elephants are Endangered according to the IUCN red list. They are threatened by poaching for ivory and habitat loss due to continuing human population expansion. The zoo prides itself on informing and educating guests that visit the zoo of their endangered status and the importance of conservation.

Research into bachelor elephant behaviour in the wild has shown that male elephants will naturally leave their family herd in adolescence and will often then group together with other solitary males, forming a bachelor group. These bachelor groupings are important for young bulls to learn social skills and new behaviours from the older males. There will typically be one large dominant bull who will guide the younger bulls, sort out any disputes amongst the group and can often show displays of dominance.

Bull elephants are large and powerful animals. Their behaviour in the wild and in zoos, can often typically be active, boisterous and can at times be aggressive.

M’Changa, Shaka and Janu enjoyed special bonds as part of the group, often displaying brotherly relationships. Many Keepers and visitors alike have shared their passion in the mission to raise awareness about this important species. We have no doubt that many people will be saddened to hear of M’Changa’s passing.

“The Noah’s Ark team are incredibly passionate about all the animals at the zoo and M’Changa’s loss will be felt very deeply. He will be missed dearly by all staff as well as our members and visitors. We will continue to help promote and contribute to the conservation of elephants into the future.” said Larry Bush, Managing Director of Noah’s Ark Zoo Farm.