It is with the greatest sadness, that we announce the passing of Khan, our 16-year-old Bengal Tiger.

Khan was such a big character and lived a long and happy life with us and will be terribly missed by both staff and visitors.

We are sure you will join us in sympathies for all who cared for Khan over the years, who are feeling the loss enormously.

Noah’s Ark Zoo Farm’s founder Anthony Bush had a special connection with Khan and visitors could often find Anthony at Khan’s enclosure during afternoons where he would be happy to chat and answer questions about his favourite tiger. 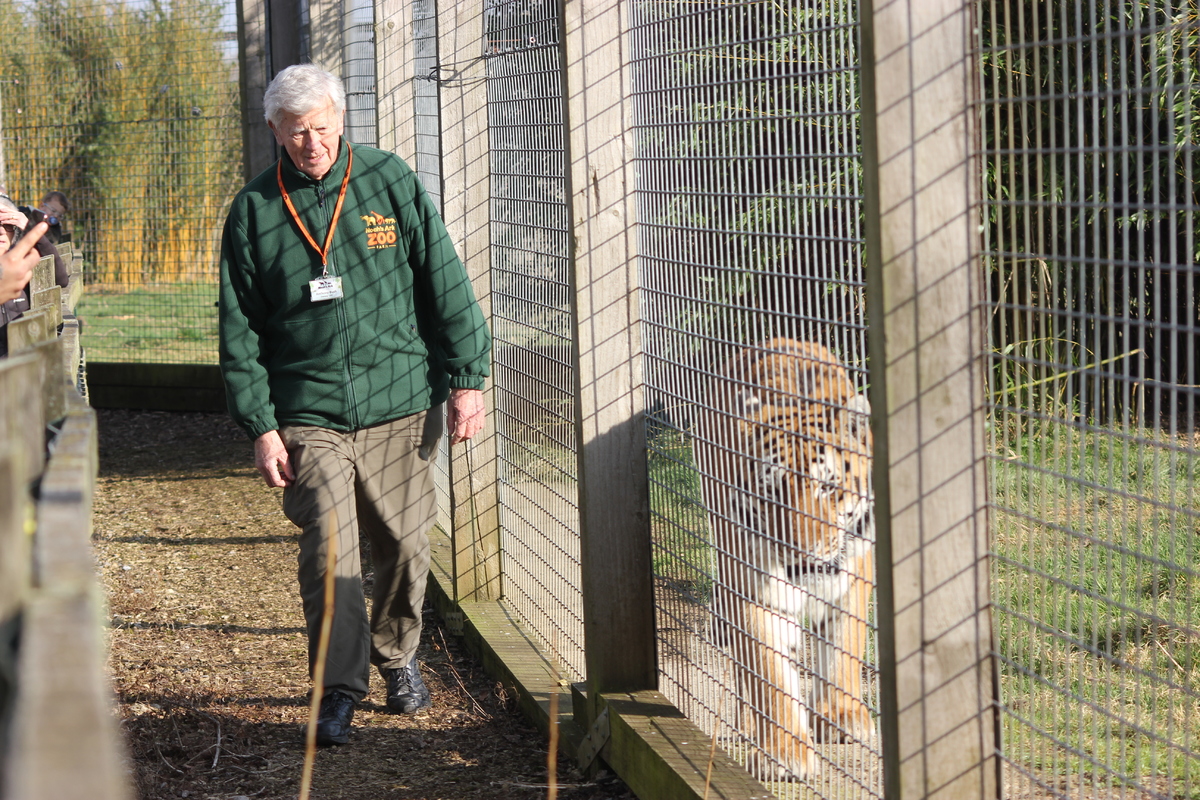 Here is an obituary to Khan in Anthony’s words:

I am especially sad at the death of our very old and friendly tiger Khan, at the grand old age of 16. Like his mate and so many old cats he had suffered from kidney disease for several months and was on medication. But all animal life, as human life, has to reach its end.

It has been a great privilege for me to have received much affection from Khan. For most of the 11 years, he was with us, we walked together, ran together at the side of his enclosure with just a weldmesh fence between us. Then he would stop and rub my hand, perhaps many thousands of times over the years, and lie down and rest near me while I introduced visitors to him. I know many thousands of our visitors, whom I spoke to beside the fence, appreciated being so close to such a magnificent, potentially lethal, yet affectionate animal.

We thank God for Khan as we ask with Rudyard Kipling: “Tiger, tiger burning bright/ in the forest of the night/ what immortal hand or eye could frame thy fearful symmetry/….. did He smile his work to see/ did He who made the lamb make thee?”