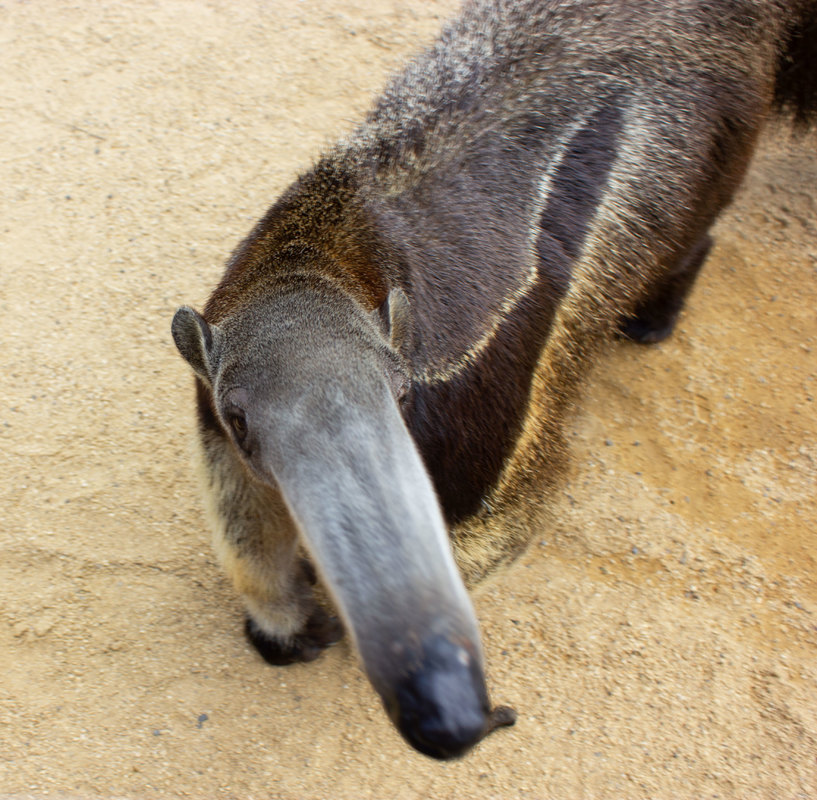 Drusillas Zoo Animal Manager, Mark Kenward, said: “We are really sad to have said goodbye to Oliver, but we know he has gone to loving hands at Noah’s Ark Zoo Farm. We have really enjoyed working with their brilliant team and they have gone out of their way to welcome Oliver and make him feel happy and at home.”

Whilst Giant Anteaters are solitary mammals originating from Central and South America and happy to live by themselves, the Viva enclosure allows species to have separate indoor and outdoor areas. They primarily eat ants and is also known as an Ant Bear! Giant Anteaters are vulnerable to extinction with numbers decreasing in the wild.

Chris Wilkinson, Curator of Noah’s Ark Zoo Farm said “We are delighted to welcome Oliver to Noah’s Ark Zoo Farm. It’s been great working with the expert keepers at Drusillas Park in the preparations for his arrival. He is an amazing addition to the zoo and I’m sure visitors and staff will be fascinated as they are incredible creatures”.

Giant Anteaters are very unusual, and we will enjoy sharing his unique features with our visitors. Giant Anteaters have no teeth but eat with a 60cm long tongue, which they can flick in and out at up to 150 times per minute, consuming over 30,000 ants a day.