While candy is the precious commodity that children are seeking when they dress up for Halloween, animals can also get into the spooky spirit. In zoos across the world, zoo keepers have taken the chance to mark the occasion by feeding pumpkins to their animals. 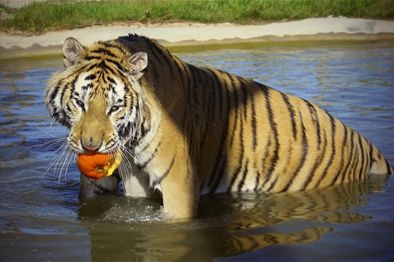 At the San Diego Zoo in America wild boar delighted in rolling the giant orange pumpkins around and trying to smash them open. Elephants also like the pumpkins as they are not so different to the melons that they delight on anyway. For carnivores such as the big cats they filled the pumpkin cavern with meat so that the animals could have the fun of hunting for their food in a strange location. The combination of the unusual shape and color was a real draw to the animals. And each animal had a special diet inside the pumpkins – so worms for the meerkats and mice for the foxes.

Although Noah’s Ark Zoo Farm in Wraxall had its own take on Halloween – a pumpkin festival – the animals there were no less delighted to get involved. 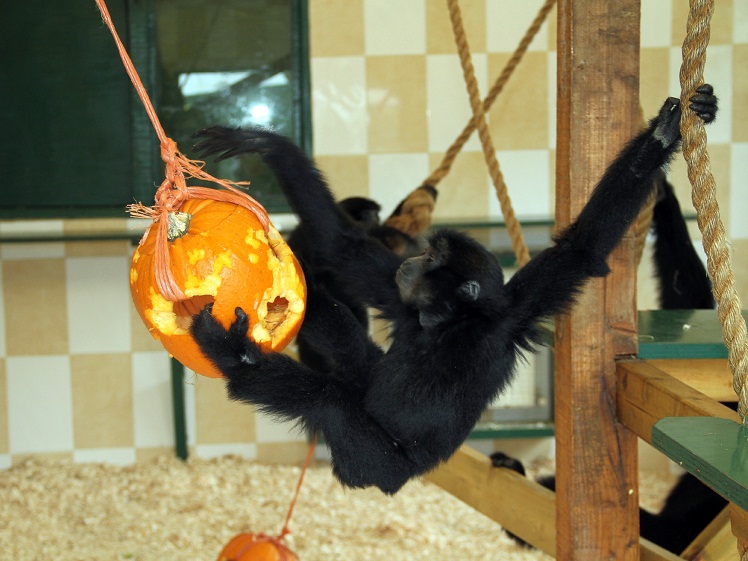