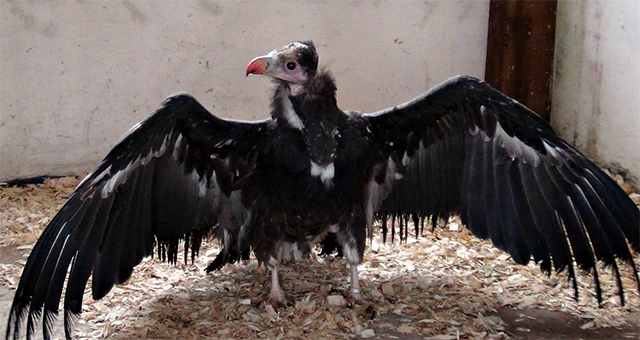 The Noah’s Ark Zoo Farm team took a hop across the Channel last month to pick up some new additions to the Ark. Staff from the Wraxhall zoo have just returned from an exciting European trip to pick up an important bird species. Noah’s Ark visited Zoo d’Amneville in the east of France, driving the whole 1,000-mile round trip from Bristol and back. An impressive new male White-headed vulture has made the move from France to pair with the single female Vera at Noah’s Ark. 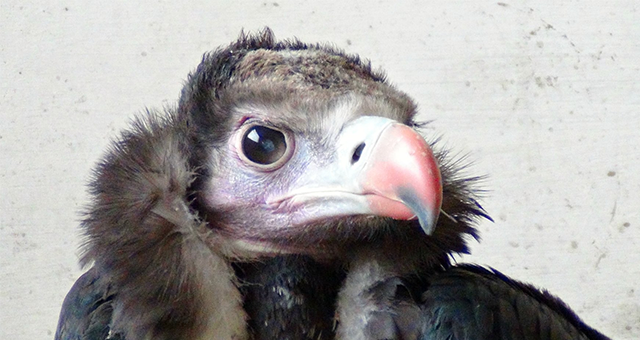 Affectionately named Vinnie by his new Keepers, he is the first of his species to be bred in captivity for 10 years and is a special addition to the growing Bird Section at Noah’s Ark Zoo Farm. The White-headed vulture pair at Noah’s Ark are part of the ESB (European StudBook) for the species, hoping to continue Zoo d’Amneville’s previous breeding success with Vinnie. It is hoped Vinnie and Vera will breed in the future and help boost the numbers of new births of the raptor within the zoo community for the benefit of visitor education and genetic conservation. White-headed vultures are a large species native to Africa. They have a vast wingspan of 2m, well-suited to soaring in flight searching for food like the carcasses which make up the majority of their diet. 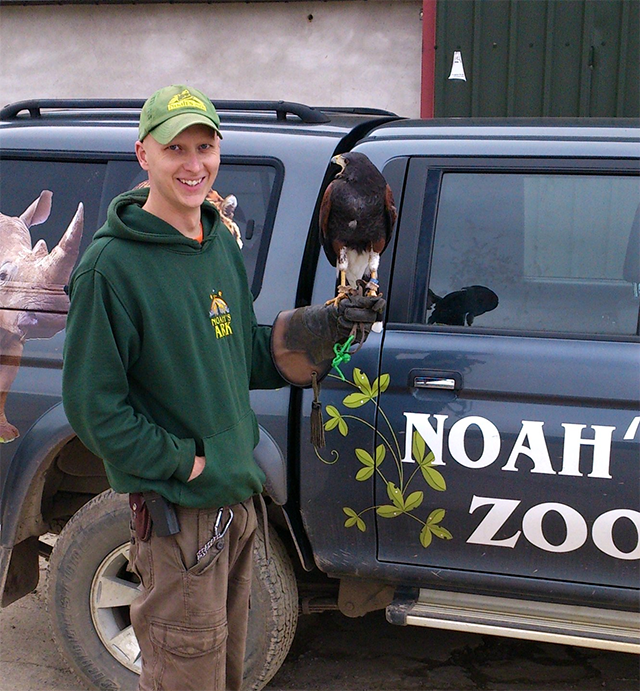 Working in partnership with the knowledgeable Keepers at Zoo d’Amneville, Noah’s Ark was also pleased to be able to offer a new home to a 5-year-old female Harris Hawk and adult Box Turtle and collected these animals together with Vinnie the vulture during the visit. Using large transport crates, all animals were safely driven back by Eurotunnel from France to the UK by zoo staff. As well as Vinnie the vulture, Noah’s Ark also took ownership of a pretty female Harris Hawk and a Box Turtle from their French colleagues as part of the continental trip.

Birds are a popular part of the show section at Noah’ Ark, entertaining and educating visitors every day. Come along and see some of our new arrivals soon in the daily Bird of Prey Flying Display at Rhino Hill (2.30pm). It is planned long term that the Harris Hawk will take part in the daily Bird of Prey Flying Display, the popular outdoor show where visitors learn about different falcons, their unique adaptations and behaviour. Our beautiful birds get to stretch their wings and play with their keepers who give them rewards for correctly responding to instructions.

Head Keeper and Curator Chris Wilkinson has trained many of the zoo’s flying birds over the years and will now spend time getting to know the new hawk as she settles in at the park. Reptile enthusiasts can see Bindi the new Box Turtle in her new home at the Reptile House this week where she is settling in well. Bindi is an Asian species of turtle with a special hinged shell which can be closed quickly to prevent predators getting at the softer parts of the animal. It’s been a busy half term at Noah’s Ark with crowds of visitors keen to see the large collection of farm and exotic animals which our newest residents from France have joined.

Noah’s Ark Zoo Farm is a great day out in Bristol with animals, playgrounds and shows every day. Find out what’s on at the zoo with the daily and annual events schedule. Daily events include the morning Meerkat Feed, afternoon Giraffe Talk and chance to bottle-feed lambs and watch our big cats get fed. Following our Halloween fun, there’s plenty of festivities with two weekend nativity plays on Saturday, December 7 and 14, included with normal zoo entry tickets. The Portishead Brownies will be performing the first nativity, with Christchurch Clifton taking to the stage the following week.

We’re open Monday to Saturday 10:30am to 5pm at Noah’s Ark, offering a fun and exciting family day out in Bristol.