Noah’s Ark Zoo Farm has a great reputation for building purpose-made, state-of-the-art animal enclosures. Back in 2013, the zoo built ‘Elephant Eden’, the largest Elephant enclosure in the UK, which has now become the flagship facility for housing bull Elephants for the European Endangered Species Programme (EEP). More recently the zoo has won an award from BIAZA (the British and Irish association of Zoos and Aquariums) for its Giant Tortoise Terrain, built to house 7 Giant Aldabra Tortoises.

Now the zoo has turned its focus to its South American animals, building a 3000m2 enclosure complete with indoor and outdoor pools for its 2 Lowland Tapirs, 5 Capybaras, 2 Maras and 4 new Agouti. The inhabitants are currently delighted with their new living arrangements, which also includes a central heating system and distinct areas for each species to cohabit peacefully. 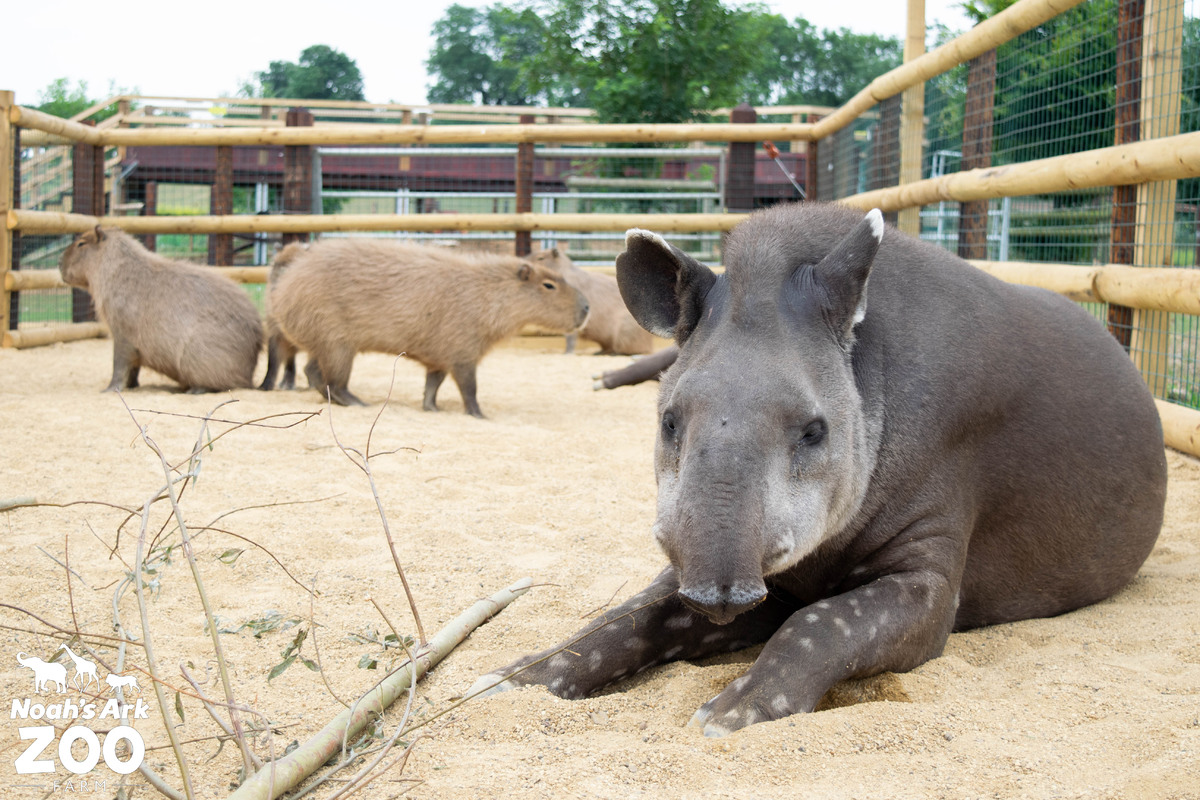 The South American animals will live side by side. The flushable indoor pools are used by the animals as toilets, encouraging their natural behaviour of going to the toilet in water. The enclosure has a number of cameras installed to allow keepers to monitor their animals 24/7 without disturbing them. The zoo is also hoping to make the cameras into live webcams in the near future.

The house will be opened on 18th July at midday by Jacki Hill Murphy MA, FRGS. Jacki has ventured to some of the most inhospitable parts of the globe, recreating the perilous journeys of female explorers. Jacki previously re-enacted the expedition of Isabel Godin, the sole survivor from a group of 42, trekking 4000-miles along the Amazon River.

Jacki said “I travel to gain a better understanding of the planet and the people who populate it and South America, more than anywhere else, has shown me the diversity, fragility and beauty of our world.”

Visitors can now enjoy seein the animals in their new home.