Reindeers are usually associated with Christmas but our latest addition to the zoo has been born in lovely spring sunshine. 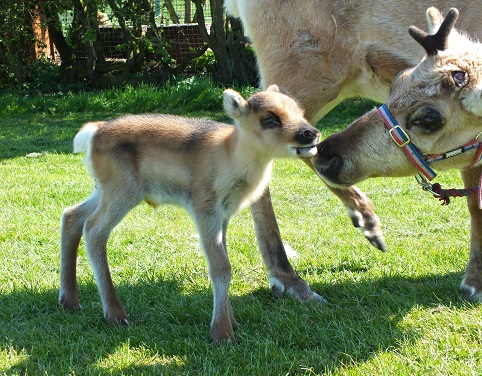 It’s hardly surprising that Rihanna the reindeer has bought the sun with her given that she is named after the Barbadian pop star. 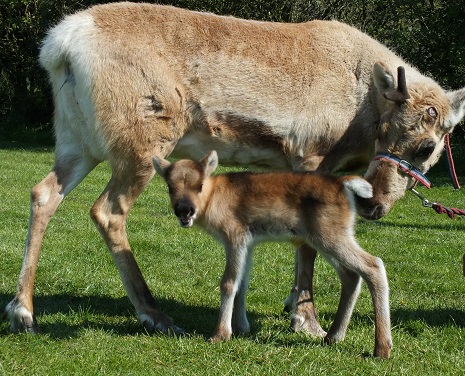 And like her namesake Rihanna the reindeer has been extremely confident – quickly taking to her new home at Noah’s Ark Zoo Farm in Bristol. Rihanna was born to mum Roxie and dad Rocky at our 100 acre family zoo which is located in Wraxall, North Somerset. Rihanna was up on her feet quickly and is now enjoying the new sights, sounds and smells at the zoo. Her keepers took her and mum Roxie on a short walk yesterday to explore and to meet new little orphan lambs who were also born this week. 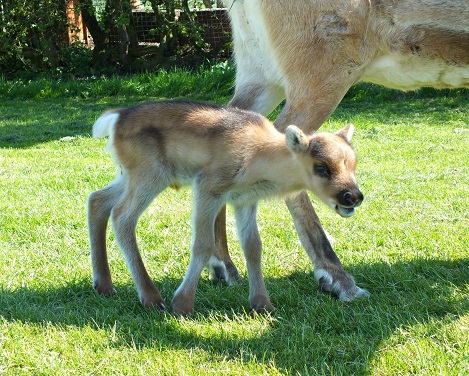 Noah’s Ark has over 100 sorts of mammals, birds, reptiles, amphibians and invertebrates, including several important species classified as ‘endangered’ & ‘vulnerable’ on the IUCN Red List. These include Cotton Topped Tamarins (Critically Endangered), White Rhinos (Near Threatened), Brazilian Tapirs (Vulnerable) and Siamang Gibbons (Endangered). The zoo is opening the UK’s largest elephant sanctuary this summer, the 20 acre ‘Elephant Eden’ which will offer welfare improvements to captive-bred elephants. Noah’s Ark Zoo Farm is open this Bank Holiday weekend on Saturday and Monday, with special appearances by the popular children’s TV characters ‘Ben and Holly’ on Saturday. ‘Ben and Holly’s Little Kingdom’ is a new stage show beginning at Bristol Hippodrome this month and the costumed characters will be strolling around the zoo to meet their fans at Noah’s Ark.