This weekend we are marking an important day at Noah’s Ark Zoo Farm, educating our visitors about endangered species and the importance of conservation of wild and captive populations. We support a number of endangered species at Noah’s Ark, from big zoo animals like our Gibbons and Bengal Tigers through to smaller primates like the gorgeous Cotton-topped Tamarins. Globally, today is Endangered Species Day, which gives people the opportunity to learn more about the species which are on the brink in the wild, and find out more about what we can all be doing to protect them. 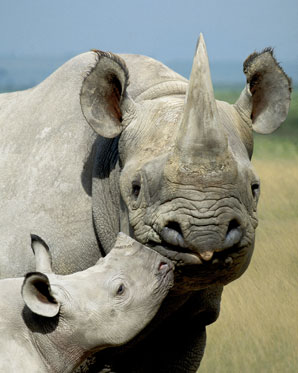 Rhinos are an endangered species[/caption] Endangered species include types of animals which are likely to become extinct in the near future. The 'endangered' category is the second most severe conservation status on the IUCN Red List, which sets the benchmark for global conservation, and there are currently more than 3,000 animals and 2,600 plants in this category. The Red List also details animals deemed to be ‘vulnerable,’ such as the African bush elephant and polar bears, and ‘near threatened,’ like white rhinos. Animals in the wild face many threats, often from humans, from logging of forests through to poaching and the illegal pet trade, which are causing populations to fall dramatically.

We’re marking Endangered Species Day tomorrow on Saturday, May 17 with a series of talks about the threatened animals that we have on the farm. Birdline UK will also be visiting us with a collection of rescued parrots for you to meet. Families can get involved in our Endangered Species Trail and take part in an arts and craft activity including mask-making. Children will also be able to learn more about our Cotton-topped Tamarins and make special Tamarin hats! The arts and crafts workshops take place in the Education Room at 2pm. Before that, head to the Big Cat Talk at 1pm, where our keepers will be talking about the significance of the Bengal Tiger, whose natural habitat is increasingly threatened  leading to the numbers living in the wild to fall worryingly low. 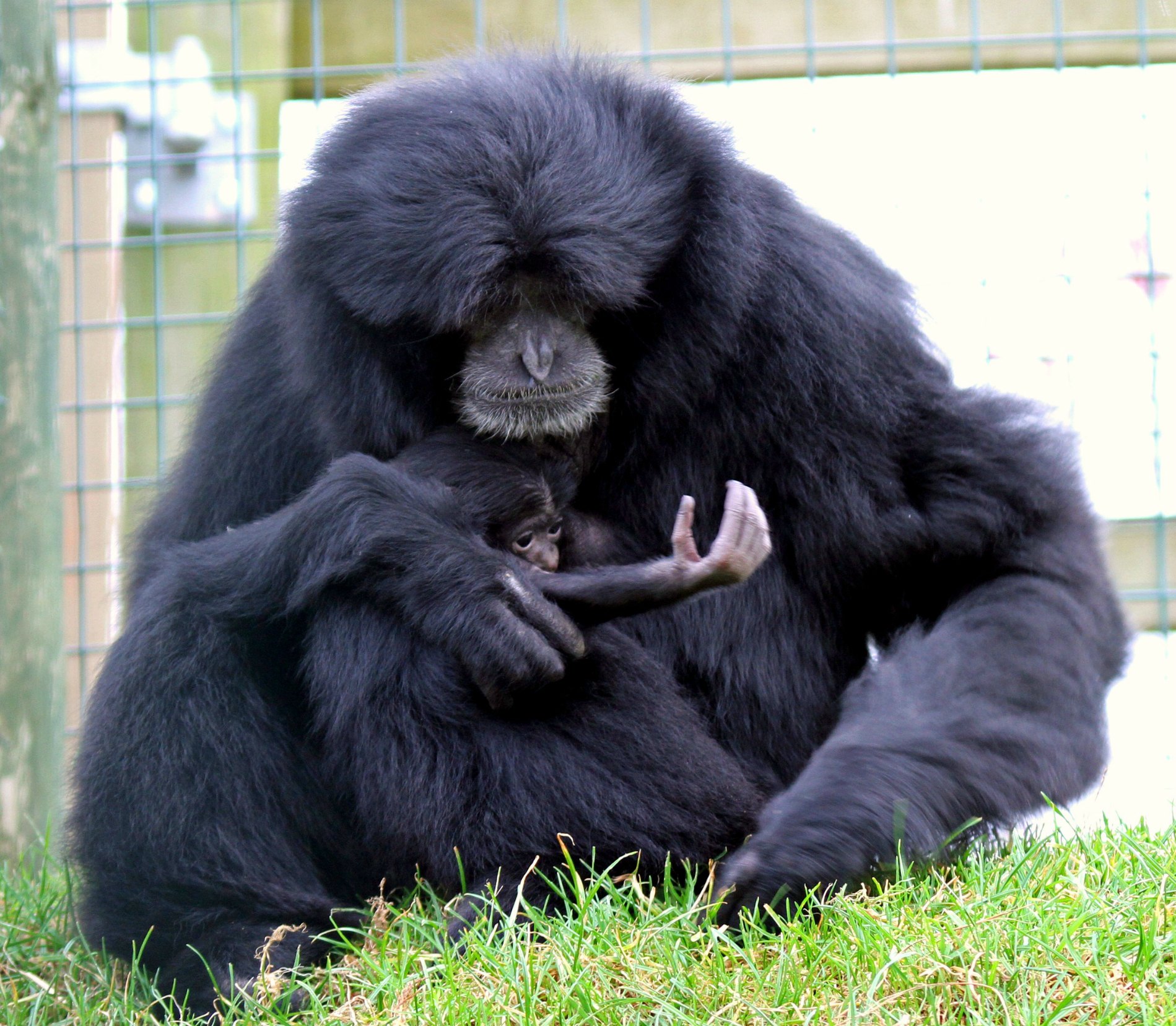 At 4pm, the Gibbon Gallery will be hosting a primate talk and you can watch the endangered Gibbons enjoy some special enrichment activities. In their native habitat in the forests of Malaysia, Thailand and Sumatra, Siamang Gibbons  are facing significant habitat loss, largely from the palm oil industry, which is clearing huge swathes of forest. The Gibbons are also targeted by poachers, who often kill adults to take babies for sale into the illegal pet trade. Our primate section is packed with species on the brink in the wild as the Ring-Tailed Lemurs – which have recently had lovely little twin babies – are also on the endangered list.

Although there are more endangered lemurs, Ring-Tailed Lemurs are thought of as a flagship species as they are so recognisable with their iconic black and white curled tail. They are listed as Near Threatened on the Red List, losing forest which has been logged for fuel or to create agricultural land. It is estimated that 90% of Madagascar’s original forest cover has been lost. Lemurs are also threatened by the pet trade and by bush meat. 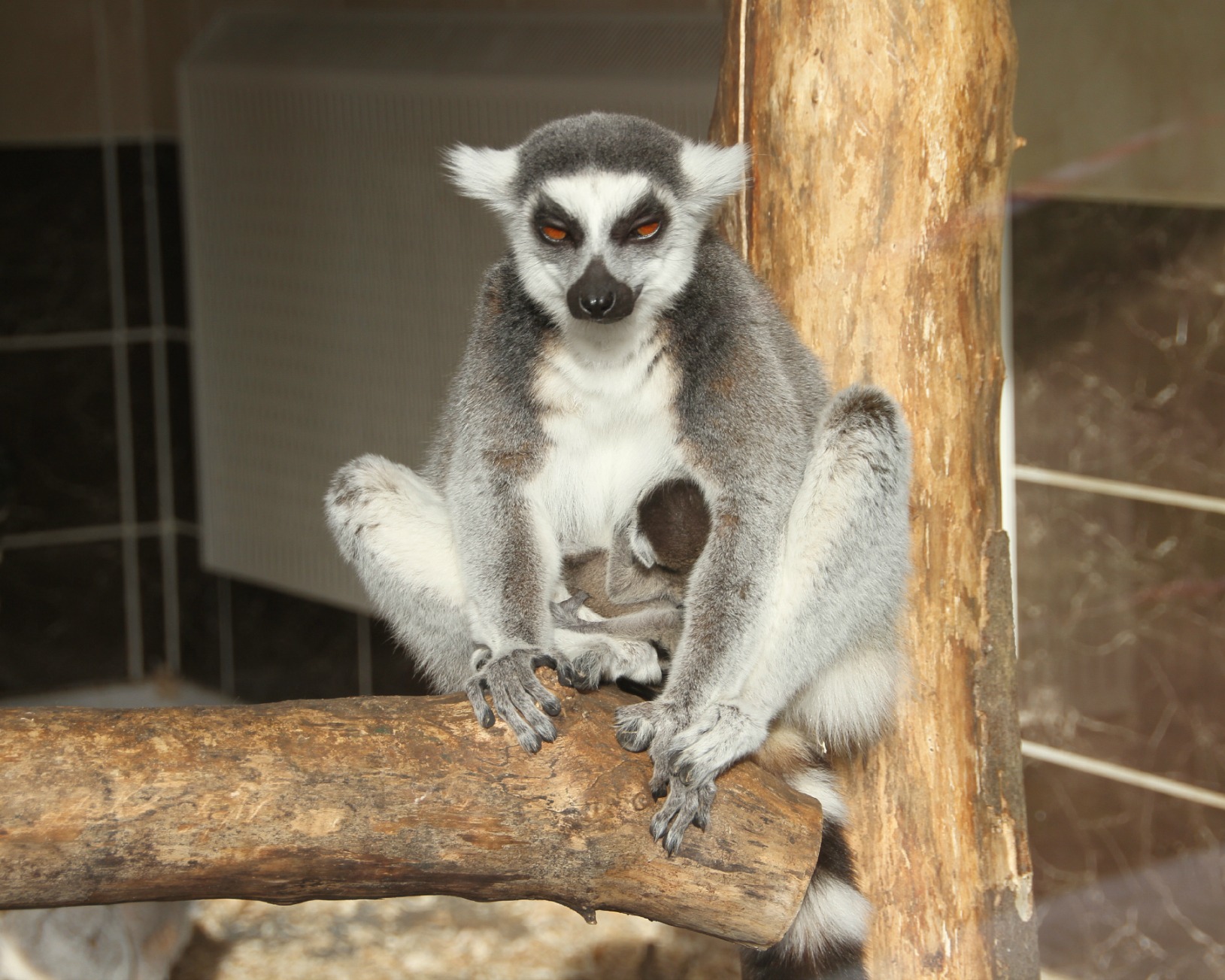 You can support our conservation of many of these species through your visits to Noah’s Ark and through adopting one of our animals for yourself. Threatened animals like Bengal Tigers, Giraffes and Gibbons are all available for adoption and as part of the scheme you’ll receive a soft toy, certificate, your name displayed at the animal exhibit and a free zoo ticket to visit your adopted animals and everyone else at Noah’s Ark.