From 1st July to 31st August 2022, the zoo is hosting Elephant Parade®, a trail of 26 hand-painted, unique Elephant sculptures around the zoo. They have all been created by local and international artists to raise awareness of the need for global elephant conservation. By attending Elephant Parade, visitors are supporting the conservation of animals around the world. The Parade aims to inspire all visitors about conservation, education and sustainability.

Each Elephant Parade sculpture has been sponsored by local businesses, with all the sponsorship funds going towards Spectacled Bear Conservation, World Land Trust and other conservation charities.

Following the birth of the twin bear cubs at Noah's Ark, the zoo wanted to continue to raise awareness of the plight of these incredible animals and their habitat by supporting the work of Spectacled Bear Conservation.

We have therefore decided to support WLT's, Action Fund. By supporting Action Fund, we can enable the charity to act quickly, whenever and wherever urgent conservation action is needed. From unexpected urgency for land purchase, extending existing reserves, fighting forest fires, or ensuring that reserves are well protected by experienced rangers, they can turn around the fate of these at-risk environments, ensuring their security and wellbeing for the future. The Action Fund demonstrates the possibility and positivity of taking proactive steps to protect precious wildernesses, for nature, for us and the future.

Noah's Ark is home to several threatened species including the Vulnerable Lowland Tapirs, African Elephants and Spectacled Bears, the Endangered Crowned Cranes and Siamang Gibbons and the Critically Endangered Black and White Ruffed Lemurs, Bactrian Camels and White-headed Vultures. We are working with the European Breeding Programme to help maintain the captive populations.

Another important aspect of conservation at Noah's Ark is the research that goes on here. We encourage students to come and conduct behavioural research studies on animals. Understanding our animals helps us to better care for them in captivity but also helps us to understand what's needed to care for the animals in the wild.

The International Union for Conservation of Nature (IUCN) lists more than 23,000 plant and animal species threatened with extinction. It is thought that one in four mammals, one in eight birds, and one-third of all amphibians are endangered.

Previous Charities We Have Worked With:

Please see the list of previous charities we have worked with below: 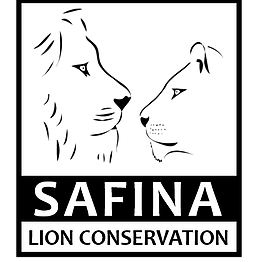 Who are they? A small group of like-minded people passionate about trying to raise awareness and funds for Lion Conservation and Education.

Why do they exist? Inspired by zoo lions, their charity is named after a lioness called Safina who was born at Linton Zoo in Cambridgeshire. Safina is the mother of our male Masai who was born at Linton in 2009. Lions are under a huge amount of pressure in the wild. Once one of the world’s most widespread large land mammals the lion has now been left to reside in fragmented pockets throughout Africa while the only non-African surviving lions live in one national park in Northern India. Lions are now extinct in 25 African countries, with many remaining populations incredibly small or scattered. To add to their plight in 2017 the West African Lion was declared Critically Endangered with an estimated population of only 400. The total wild lion population is estimated to be at 23,000 with a 41% decline in 21 years.

What do they do? The Safina Lion Conservation Fund works with zoos to raise awareness about the plight of wild lions and also raises funds for lion conservation efforts. Most recently they have sponsored a Lion Guardian. Lion Guardians are an organisation founded in 2007, dedicated to finding and enacting long-term solutions for lions and people to coexist across Kenya and Tanzania. Our sponsored Guardian is Longoi and he is employed by the organisation to protect lions in the wild and he is based just outside the Amboseli National Park, Kenya. Our donation covers his year's salary.

What is Noahs Ark doing? Our Big Cat Keepers have been working closely with the Safina Lion Conservation Fund. In 2017 Noah’s Ark hosted a special conservation event for World Lion Day and an evening event, Carnivore & Curry Night. In 2017 we raised £252 for the charity and in 2018 we raised £380. All of this money contributed to the sponsorship of Longoi.

The Elephants and Bees Project

Who are they? The Elephants and Bees Research Project is one of the Save the Elephants innovative programs designed to explore the natural world for solutions to human-elephant conflict.

Why do they exist? The African elephant is perhaps the most iconic migratory land mammal on the continent and yet they are now endangered. Catastrophic poaching in the 1970s and ’80s saw their populations plummet to a mere fraction of pre-1970s numbers. An effective international ivory trade ban implemented by CITES in 1989 combined with improved wildlife management strategies, has resulted in rising numbers, particularly in East and Southern Africa. However, these elephants are expanding into a world now densely settled by people. Rising incidents of human-elephant conflict are occurring where elephants are exploring old migratory routes and either being blocked by new developments or breaking into farmland plots to take advantage of nutritional agricultural produce. Elephants tend to crop-raid at night time, and farmers confronting elephants in the dark are often left with no choice but to throw stones and firecrackers or shoot bullets into the air to try to scare them away. This confrontation leads to heightened aggression and some elephants will charge and attack. These negative incidents often lead to terrible injuries or deaths of both people and elephants.

What do they do? The Elephants and Bees Project is an innovative study using an in-depth understanding of elephant behaviour to reduce damage from crop-raiding elephants using their instinctive avoidance of African honey bees. The project explores the use of the novel Beehive Fences as a natural elephant deterrent creating a social and economic boost to poverty-stricken rural communities through pollination services and the sustainable harvesting of “Elephant-Friendly Honey”.

What is Noah’s Ark doing? Noah’s Ark hosted a special African Carnival for World Elephant Day and has raised £790 for the charity.

Who are they? Established in Namibia, the Giraffe Conservation Foundation (GCF) is the only organisation in the world that concentrates solely on the conservation and management of giraffes in the wild throughout Africa.

Why do they exist? Giraffes have recently been listed as Vulnerable to extinction on the IUCN Red List of Threatened Species. Giraffe numbers in Africa have plummeted by a staggering 40% over the last 30 years. We estimate today that 117,000 giraffes are remaining in all of Africa. Recent studies suggest that there might be four, not one species of Giraffe. Two of these species numbers far have less than 10,000 individuals in the wild. It is time to take action now to save giraffes in Africa.

What is Noah’s Ark doing? Our African animal keepers have built a strong relationship with GCF. We have held Giraffe conservation events and have raised £1,481 for GCF.

Who they are? VulPro is an African-based charity working to prevent the extinction of Africa's vultures

Why do they exist?  African vultures have declined by up to 90% in the last three decades. They are facing several threats, making their conservation, not a simple task. Poisoning incidences seem to be on the rise, or at least are much more regularly reported. While a single poisoned elephant can kill hundreds of vultures, wiping out an entire colony or local population, power line electrocutions and collisions are the most profuse threats to vultures in South Africa. The power line grid is expansive and often structures are out of date and unsafe for the large birds to perch.

What do they do? VulPro is involved in Research, Colony Monitoring, GPS tracking of individual birds, and rehabilitation of injured Vultures to release back into the wild.  They also run their own conservation breeding programme to release offspring of captive non-releasable birds back into the wild.

What is Noah’s Ark doing? Our Bird Keepers have built a strong relationship with VulPro. We have held a special conservation event for this charity and have raised over £100.

The Amphibian and Reptile Conservation Trust 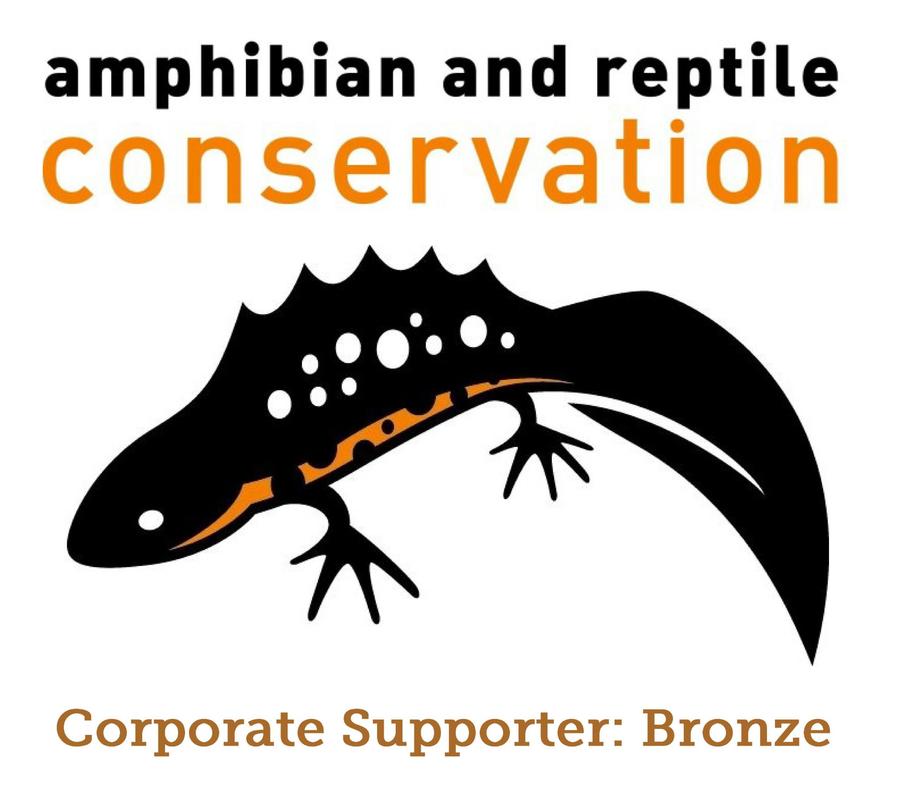 Who are they? The Amphibian and Reptile Conservation Trust (ARC) is the UK registered charity which focuses on all aspects of reptile and amphibian conservation.

Why do they exist? Conservation initiatives focusing on habitats, ecosystems or processes – while often valuable – normally don’t take into account the particular needs of species. This species focus underlies ARC’s work.

What do they do? ARC owns, leases or formally manages over 80 reserves covering more than 1500 hectares (3800 acres) and a variety of different habitats, from coastal dunes, clay pits, woodland and heathland. The charity carries out a variety of national and regional projects and organises campaigns to develop specific work areas. They also carry out regular scientific studies to assess how well species are faring in the wild and how this can be improved.

What is Noah’s Ark doing? We have hosted a Reptile week at the zoo with special venomous snake shows. Overall, we have raised over £840 for this charity.

Who are they? Tiger Awareness is a registered UK charity. The organisation was formed in 1998 to give awareness to the plight of the Tiger. They work with local organisations in India. Their funds are used at ground level where they are most needed and are given directly by themselves.

What do they do? The charity help villagers that live in the Tiger range areas. They work in 2 main areas in India; Sundarbans and Madhya Pradesh. They help villagers with funds where they have cattle lifted by Tigers, outside National Parks. Tiger Awareness has helped schools that have been identified as conservation-minded, they help the forest guards with equipment that will enable them to do their jobs more effectively.

What is Noahs Ark doing? Our Big Cat Keepers have been working alongside Tiger Awareness and we have hosted special conservation events for International Tiger Day and a Carnivore & Curry Night. We have raised over £451 for this charity.

We are very proud to say that in 2018 our dedicated animal keepers raised a grand total of £4555 for our various conservation charities with the amazing help of our visitors.

Back to the top