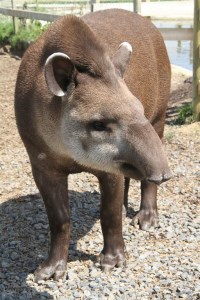 We’re shining the spotlight on some of our cutest residents this weekend, to mark an international animal day at Noah’s Ark Zoo Farm. We’re putting on some special activities in honour of World Tapir Day, which is on Sunday, April 27. As we’re closed on Sundays, we will be celebrating a day early on Saturday, April 26. Come along to our South American section Tapir house to meet these unusual creatures – they look like pigs but have ears like cows and are more closely related to horses! – and find out more about what makes them tick.

Our lovely family Toby, Tara and their baby Tallulah love meeting our visitors at Noah’s Ark and getting up close and personal with them during Keeper Experiences. We will be running a special Tapir talk on Saturday, as well as feeding the family at 1.30pm so make sure you stop by the Tapir house. There are four different types of tapir – sadly, all of which are in decline in the wild – and here at Noah’s Ark we have a happy family of Lowland Tapirs, also known as Brazilian Tapirs.

Along with their fellow species, the Baird’s, Malayan and Mountain Tapirs, the Lowlands are a vulnerable species in the wild. Experts fear that Mountain Tapirs will face extinction within the next 20 years if conservation efforts are not introduced in its natural range in Colombia and Ecuador. The Baird’s Tapir is similarly threatened in Central America while across the Pacific Ocean the Malayan Tapir is losing its Indonesian habitat. 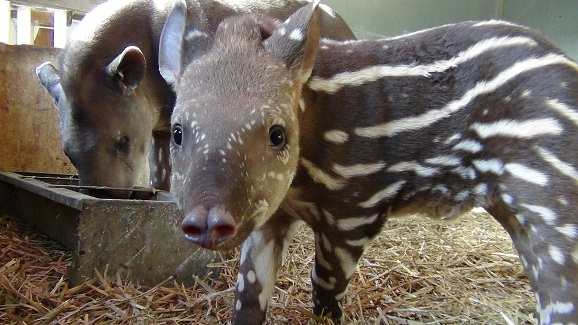 Tallulah as an inquisitive little newborn

Tara, Toby and Tallulah’s relatives in South America may be the most numerous of the different tapir species but they too are vulnerable in the wild. Poaching for meat and hide is causing numbers to dwindle, as well as the devastation of the destruction of their habitat. Lowland Tapirs are normally found near water in the Amazon rainforest, from Venezuela and Colombia in the north to Brazil and Argentina in the south and Bolivia, Peru and Ecuador in the West. Their habitat is threatened by the increasing rate of destruction and logging of the Amazon.

Tapirs need big areas of undisturbed land to maintain a genetically-diverse population, but their jungles, grasslands and cloud forests are threatened by human activity – from mining and palm oil plantations to roads or settlements. World Tapir Day hopes to raise awareness of the different types of Tapirs around the world, making sure these animals are not overshadowed by some of the globe's more famous animal faces. And the fun doesn’t stop there as we’re happy to announce that our ever-popular parent and toddler group Jungle Tots is returning twice a week for the Summer term. 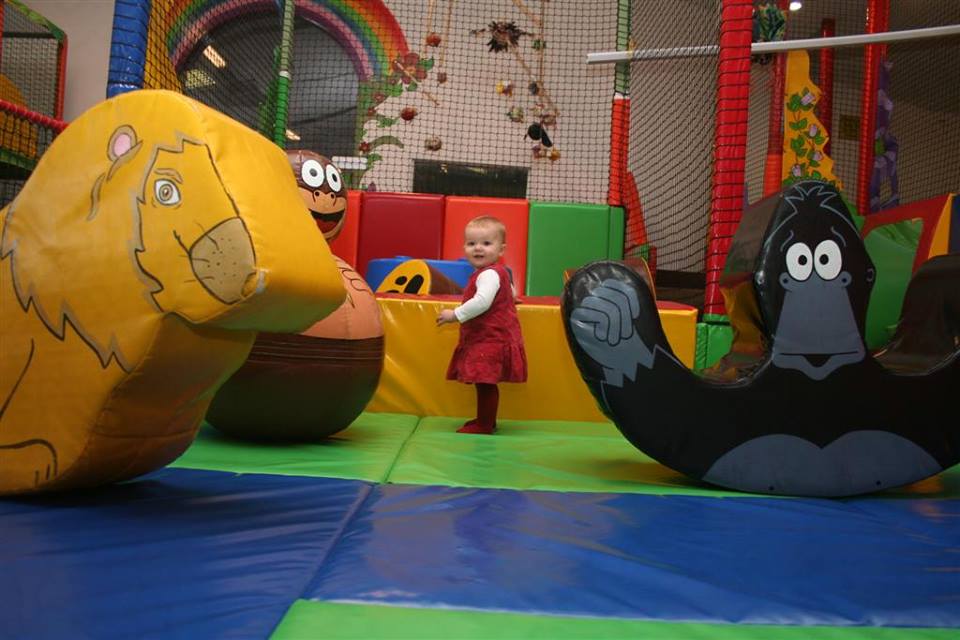 You can bring your little ones along on Mondays and Wednesdays during term time for structured play and the chance to see our menagerie. We got started this week with a giraffe-themed session and there’s lots more lined up at Jungle Tots in the weeks ahead, making Noah’s Ark a great place for a family day out in Bristol.