Who was St Nicholas?

The story of Santa Claus begins with St Nicholas, who was thought to have lived in the 4th century in Turkey. St Nicholas was a generous man and gave all of his worldly belongings to assist the poor and sick. He was a devout Christian and was made a Bishop as a young man. He was exiled and imprisoned for his faith by the Roman Emperor at the time. St Nicholas is said to have died on December 6th and the anniversary of his death is now marked in his honour as St Nicholas’ feast Day.

Many stories and legends are told of St. Nicholas' life.

One famous story tells of a poor man with three daughters. In those days a young woman's father had to offer prospective husbands a dowry. The larger the dowry, the better the chance that a young woman would find a good husband. Without a dowry, a woman was unlikely to marry. In this story the poor man's daughters, without dowries, were therefore destined to be sold into slavery. On three different occasions, a bag of gold mysteriously appeared in their home which provided the needed dowries. St Nicholas tossed the bags of gold through an open window which then landed in stockings or shoes left before the fire to dry. This led to the custom of children hanging stockings or putting out shoes, eagerly awaiting gifts from Saint Nicholas.

St Nicholas is typically depicted wearing his green bishop’s vestments and mitre and holding a crozier. 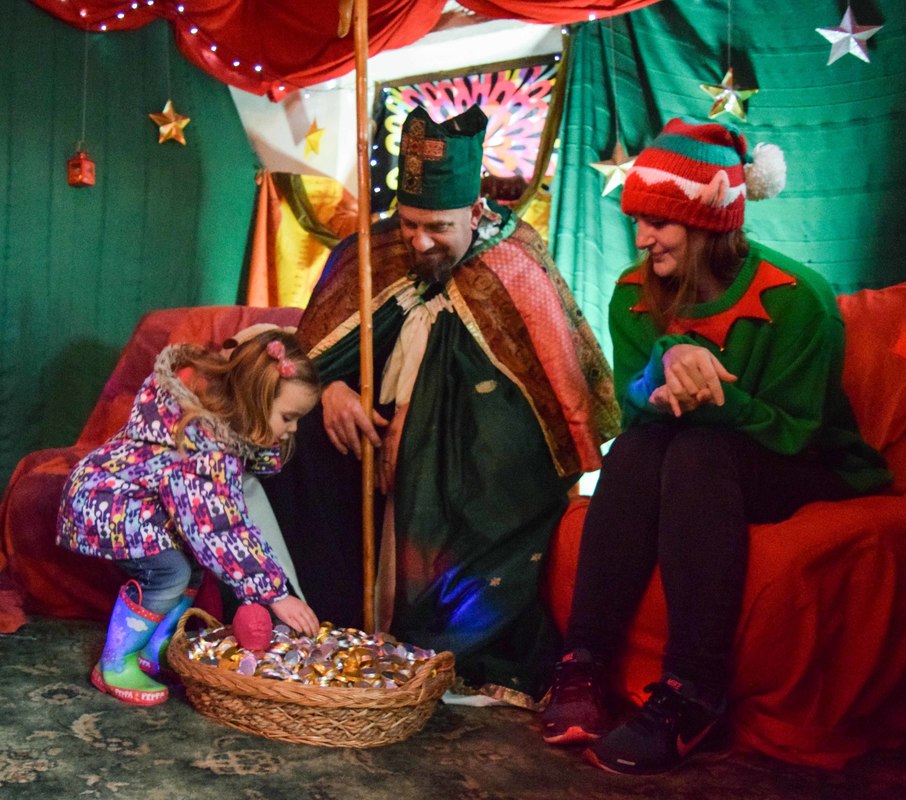 St Nicholas will be visiting Noah’s Ark Zoo Farm throughout December. You can find him in his N-Shed between 12 and 2 each day. If you’re lucky he might have brought some gold coins (made of chocolate). We also have a number of other festivities at the Zoo this Christmas.