We Bought a Zoo

The filmmaker who wowed audiences with his romantic comedy, Jerry Maguire, has now turned his hand to a love story about a man who buys who buys a zoo. Cameron Crowe was attracted to the script based on a BBC mini-series called Ben’s Zoo, in which a journalist called Benjamin Mee moves his family into the Dartmoor Zoological Park.

Of course for American audiences the location has been changed to the US, and this is a loose adaption by the same screenwriter who came up with The Devil Wears Prada. 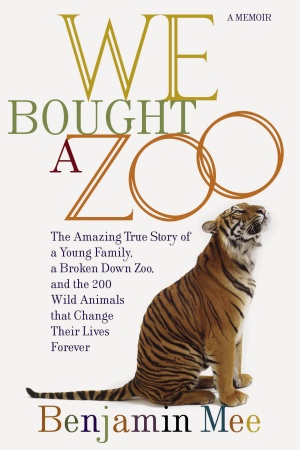 The main character Benjamin will be played by Matt Damon who is one of the most likeable and versatile actors in Hollywood.  In it he plays a widower who is disillusioned with his job as a reporter and who is trying to cope with two troubled children. In an attempt to start over, the movie has Benjamin moving into the Rosemoor Wildlife Park, which he sees as part of his new destiny. But the job is far from easy as he has a lot of repair work to do and a sick tiger to care for. In one memorable scene the zoo keeper is hassled by a bunch of hungry ostriches.

The touch of Hollywood is never far from this movie as the love interest of Benjamin is played by attractive female zoo keeper Scarlett Johansson. However audiences are promised an unusual ending. Cameron says: "People make this big case, 'You gotta move on, you gotta move on.' And I say, 'Really?" "Who says you have to move on?". "Benjamin is a guy who is still in love with his wife, and he is not going to get shaken from that. That's the greater challenge: to pay tribute to the person who's not around anymore." ‘We Bought a Zoo’ is available for general release on December 23.