Two stubborn rhinos who were avoiding bedtime have been indulged in a new luxury skincare routine which brings them rushing in at the end of each day. 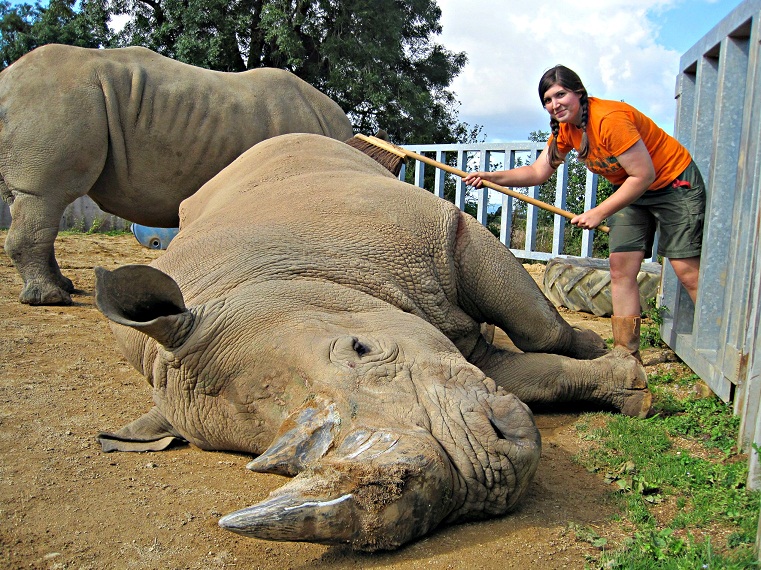 Scratching the rhinos at Noah's Ark

Rumba and Rumbull, the impressive two tonne White Rhinos at Noah’s Ark Zoo Farm in Wraxall, showed some playful rebellion this summer. Instead of coming in for tea and bed they began larking around in their field.

Enter new zoo keeper Emma Green, who had a cunning idea to beat their cheeky attitude and train her new charges to respond to direction.

Knowing how thick-skinned rhinos enjoy a good scratch when they have a chance; usually against a tree stump, rock or hard ground - Emma decided to try out a thick-bristled broom on their leathery sides when they came in close.

Rumba and Rumbull, both 11 years old, took to the new treatment instantly and now look for any opportunity to have a nice long scratch.

Now associating Emma’s voice with the promise of another scratch; Rumba and Rumbull come in much more easily when called in.

Rumbull in particular has become so taken by his daily rub that he often rolls on the floor of his yard like a playful pet!

Emma started as a talented apprentice at the zoo who diligently worked her way up the ranks to become a senior Keeper. She now uses her knowledge of the animal’s characters and rhino behaviour to devise the clever routine which was sure to help build a strong relationship. 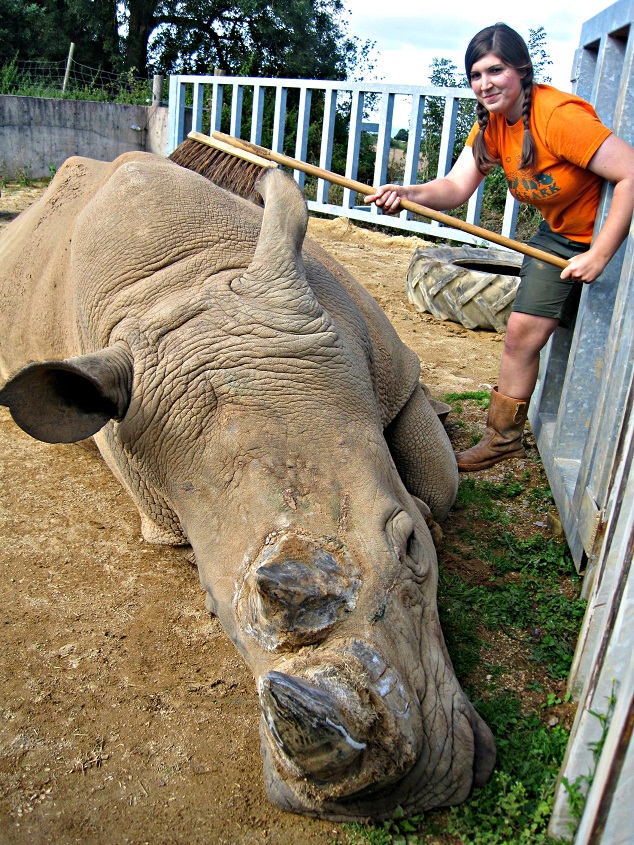 The rhinos are responding well to zoo keeper Emma

Emma explained: “It’s important for animals to have a good understanding with their Keeper in an environment like this, so they can get the best care and treatment and we can recognise small changes in behaviour and condition. I’m getting to know Rumba and Rumbull better each day and I’m glad we’ve found something they enjoy so much... and which helps us get them in from their field at the end of their day!”

Visitors to the zoo have been enthralled watching Keeper Emma Green and Apprentice Hazel Smith brushing the two very relaxed rhinos together by the yard, amazed to be so close to one of nature’s most impressive creatures.

Noah’s Ark Zoo Farm is open Monday – Saturday 10:30am – 5:00pm and can be found just outside Bristol, just minutes from the M5 motorway. The zoo is closed on Sundays.

For more information about the animals, entry costs and events at Noah’s Ark, visit http://www.noahsarkzoofarm.co.uk/ or phone 01275 852606.

We are also now listed in the BigTenu Website Resource.