It has been a sad week at Noah’s Ark Zoo Farm after Tanvir the Tiger lost a long battle with digestive illness. Tanvir was quite literally one of the biggest characters at Noah’s Ark Zoo Farm. But although Tanvir was a massive Bengal tiger, he is fondly remembered by staff for his gentle nature. On one memorable occasion Tanvir showed his true colours as a scaredy cat when he got stuck at the top of a 15 foot activity tower, taking two days to work up the courage to come down again. In that instance Noah’s Ark Zoo Farm staff lured him down with some tasty treats, but food ended up being his final undoing. For the few weeks preceding his death on Saturday, February 25, Tanvir struggled to eat due to problems with his digestive tract. 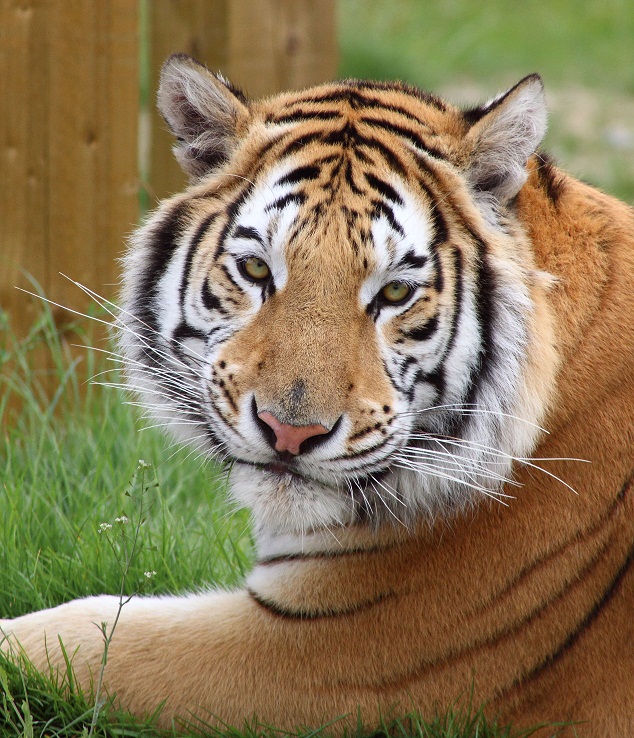 A comprehensive range of internal and external investigations were conducted by experienced vets who came in to work alongside Noah’s Ark staff, including blood tests, x-rays, scans and tissue samples. All results were inconclusive, including a detailed endoscopy where a digital camera was used to explore Tanvir’s digestive tract. After a brave battle with the unknown illness, and after recovering from the two sedations necessary to explore all possible problems, Tanvir passed away quietly during the night. The full post mortem conducted on Sunday, February 26, found that Tanvir had died as a result of an undetectable intestine blockage, despite the dedicated team of vets and zoo staff who worked tirelessly to treat Tanvir over the past few weeks.

Jon Woodward, communications manager at Noah’s Ark Zoo Farm said: “Although saddened by the loss of such a wonderful and majestic animal, a favourite of many of our staff, we are secure in the knowledge that everything possible was done to care for him. There are no immediate plans to replace Tanvir as Noah’s Ark is still home to two very popular tigers, Tiana and Khan, as well as other big cats, the lion brothers Zulu and Masai. The zoo now welcomes visitor’s memories and favourite photos of Tanvir, a tiger who attained celebrity status during his happy life.” He added: “Noah’s Ark Zoo Farm is happy to discuss the details of his illness with any concerned individuals.”