Reptile Fortnight is back with a bite at Noah's Ark Zoo Farm at the end of July. This is the chance for you to see the world’s deadliest snakes at close hand, and even handle a massive (but non venomous) Burmese python and crocodile after the show. From Monday, July 30, until Saturday, August 11, you can learn about and get hands on with all types of reptiles. 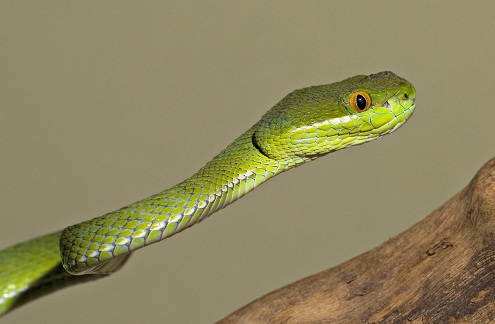 Come see venomous snakes at Noah's Ark Zoo Farm. [/caption] This will be the fifth year that Noah's Ark Zoo Farm is running Reptile Fortnight with the capable overview of snake enthusiasts Pete Blake and Brian Petrie. The show certainly packs a bite with 20 venomous snakes from across the world on show, including the most venomous snake on earth, a Taipan, which has enough venom to kill 500,000 mice in a single bite. Other exotic snakes on show will include Black Mambas, puff adders, western diamond back rattle snakes, eastern diamond back rattlesnakes, saw scale vipers, Fer de lance, king cobras and spitting cobras. 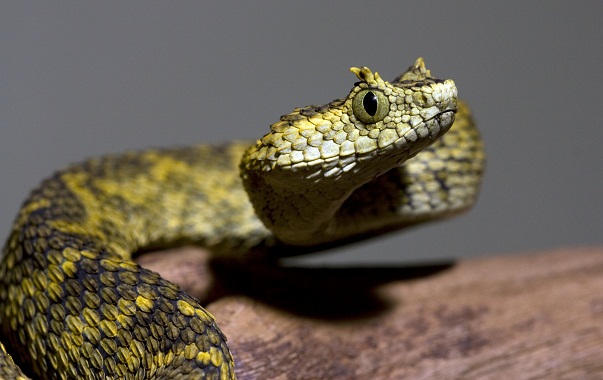 Vipers will be on show[/caption] Crocodiles will also be on show for reptile fortnight with Pete bringing two Mississippi crocodiles as well as the newly arrived Nile crocodiles, which have just taken up residence at the zoo farm. Pete and Brian are particularly daring reptile lovers, having swum with their crocodiles and survived bites from the snakes, the latter of which chose just to bite and not inject any venom. But both the men undergo strict training to handle the snakes and are specially licensed to work with dangerous reptiles. Pete said: "The ethos is to show people that venomous snakes are not horrible and evil. "Given the right circumstances they would rather avoid contact, by hissing or rattling their tail. Biting someone is the last thing they try to do – they would rather go somewhere dark and warm. "We try to educate people about snakes and how important they are to the ecosystem. They help to keep the rodent population down, which in turn keeps disease levels down. "By feeding off rodents they also stop them from eating crops.” The snake shows take place inside a specially-constructed bullet-proof Perspex box, built into the main Ark Arena, which gives the public a great close-up view of the venomous reptiles in a completely safe format, making it a perfect event for families, visiting groups and educational school trips. 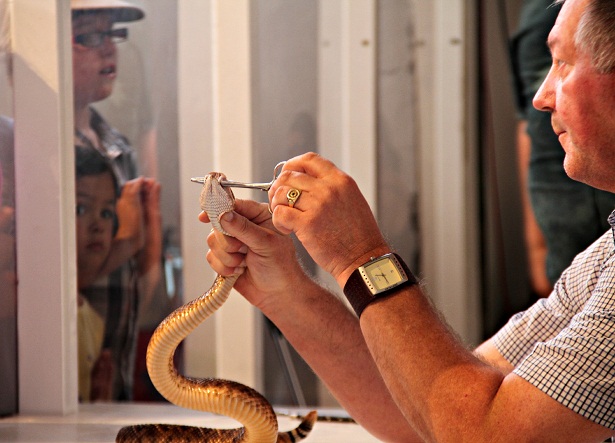 Our Reptile show is the best in Bristol![/caption] And after the show visitors can get to meet a non-venomous Burmese python and croc Ali G. There will also be an opportunity to have a personalised photo taken and buy the copy direct from Reptile Zone on the day. The 45-minute shows run every day at 12.30pm and 2pm until August 11.