All creatures great and small

Broadcaster and priest, The Reverend Canon Kate Bottley visited the zoo in late-July along with a TV crew to film an episode of Songs of Praise. Exploring the story of how Noah’s Ark grew from a dairy farm into an award-winning zoo and the faith of its founders Anthony and Christina Bush. A huge animal lover, presenter Kate enjoyed getting up close with Giant Tortoises, Bella the Barn Owl and stuck in with the daily poo shovelling duties of the Noah’s Ark Elephant Keepers. 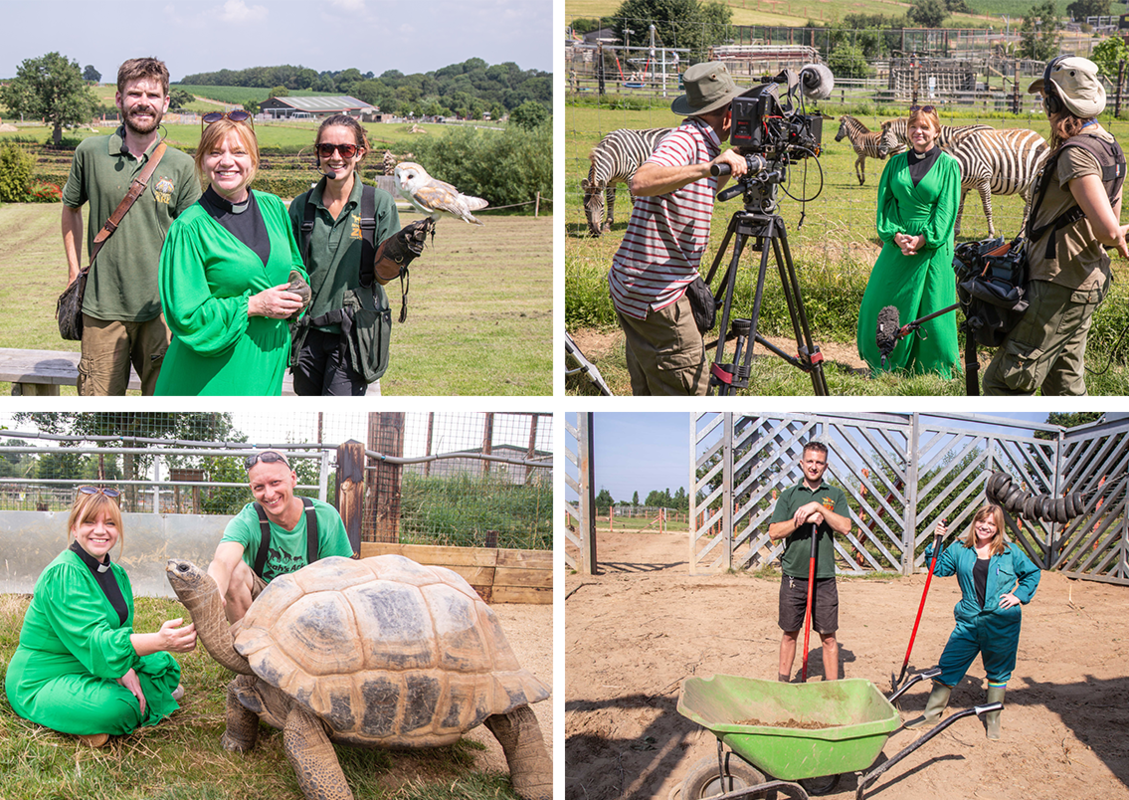 Filming for the episode, which aired on BBC One at 1.15pm Sunday 29th August, Kate talked to Head Keeper Chris Wilkinson about his day-to-day duties, looking after a zoo with over 500 animals and its importance for his family. On top of getting stuck in, she also caught up with Managing Director, Larry Bush, on the role that zoos play in providing a place where people can re-connect with nature, the benefits for people and providing a sense of wellbeing.

“I was delighted to welcome Kate and the team to the zoo. Songs of Praise has been a favourite of our family over the years, and it has been great to introduce Kate to Noah’s Ark and the many, amazing creatures that live here.” said Larry Bush.

The episode also aired the zoo’s motivational morning gatherings and detailed the level of care and love Keepers give their animals.

An eventful August has also brought a new buzz of excitement in the form of Zebra Foals, Weaver Bird Chicks and Tamworth Piglets. 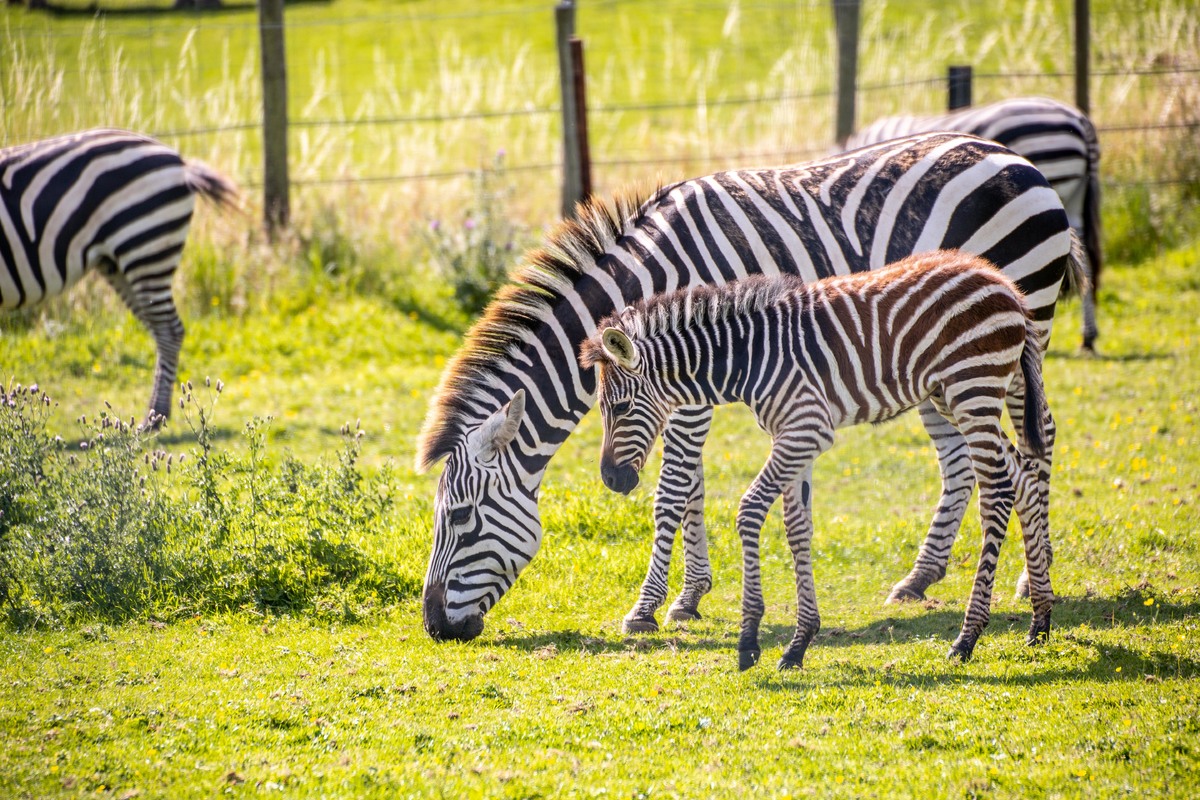 “Our zebra foals are already developing a lovely playful friendship. Our older foal Astrid, has been very excited by this new arrival and both can often be seen having zoomies!” said Keeper Jayne Gibbons

Zebras are born with a brown colouring to their coat and will spend their first few months growing until considered an adult at one year old. Grant’s Zebra also have a status of Near Threatened on the IUCN Red List with a decreasing population trend.

On the other side of the size chart, two weaver bird chicks have fledged the nest following a successful breeding season. 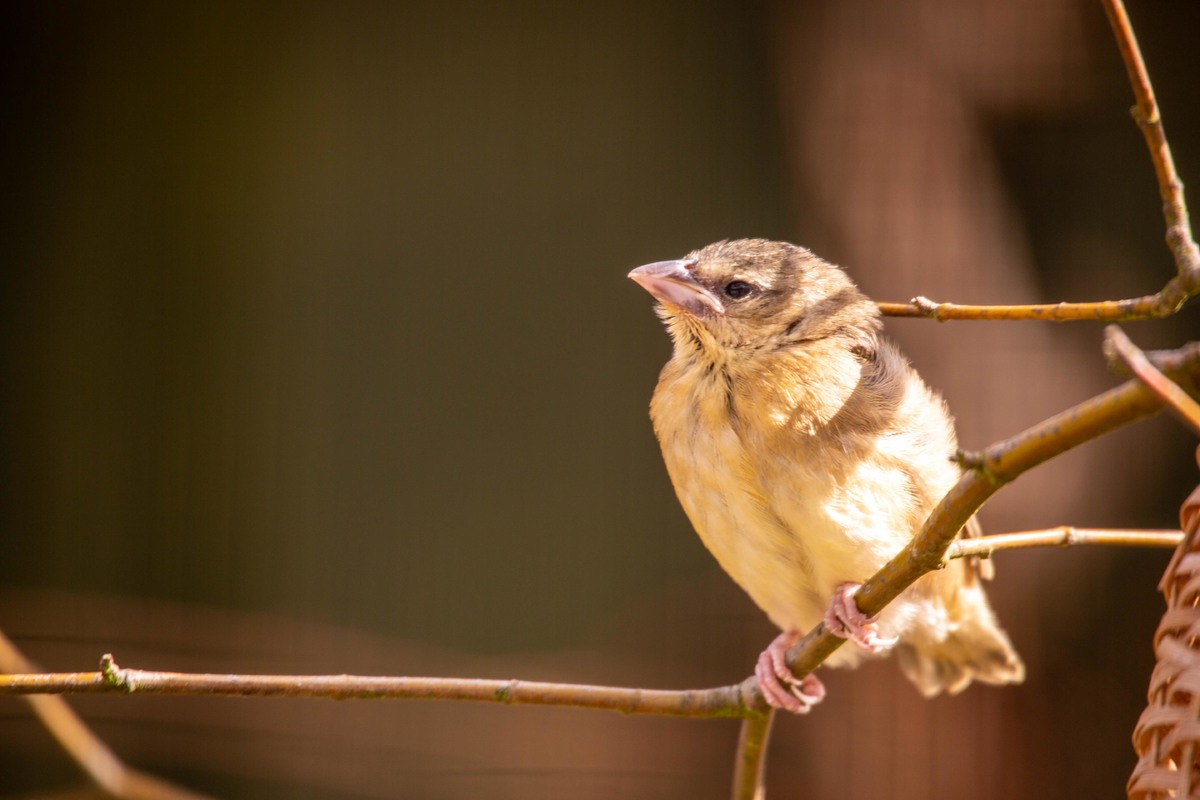 “It was exciting to see not one but two of our village weaver chicks having fledged their nests and making full use of their aviary. We’re hopeful for more as we’ve found a few broken egg shells, meaning hopefully more chicks are hatching in nests!” Said Keeper Zoe Cropper

Weaver birds are famously known as artisans extraordinaires for their skill in weaving nests out of plant material, after extreme care and attention, they form a solid hanging structure. Originating from South Africa, this unique species starts life with a duller look but will grow into their bright colourful plumage.