Noah’s Ark gets its own New-born Baby Charlotte!

This weekend, like the rest of the nation we’ve been excitedly following the news of the new royal baby. At Noah’s Ark it’s been cause for a double celebration, as we’ve also had a new arrival of our own: our adorable, fresh-faced Highland Cow calf, born last week. Like Will and Kate’s new-born, our little calf is a girl, so we thought it was only fitting to name her Charlotte after the new princess! 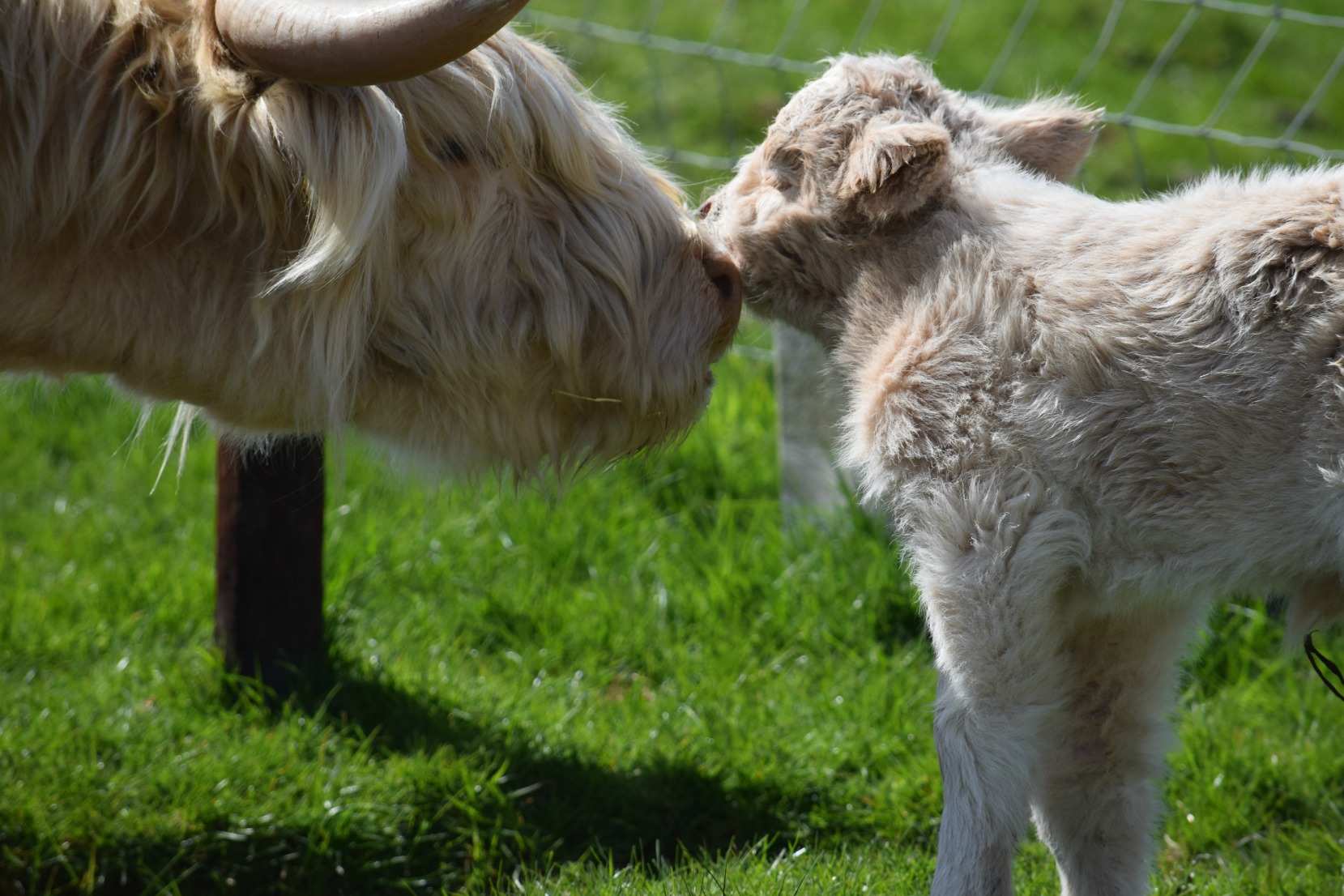 In fact, we have a growing tradition of Royal-named animals at Noah’s Ark.. Charlotte now joins George the giraffe and Charles and Camella (the camels!) in our prestigious line up of famous residents! Our Highland Cows are delighted to welcome the newest addition of the family to the world. It’s not just our visitors who coo over our adorable baby animals; we love them dearly too and look forward to this time of year when we have our annual spring “baby boom”! 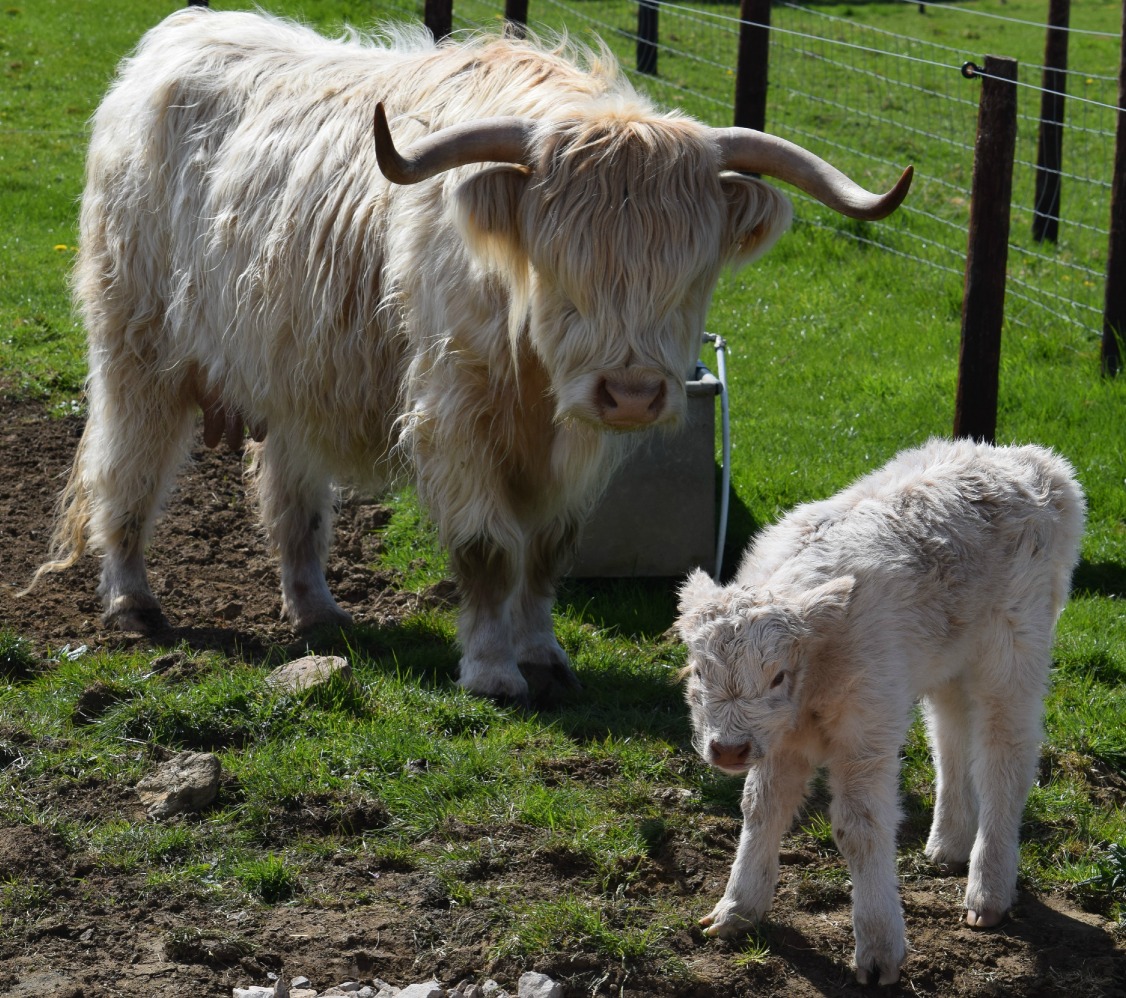 With wavy coats in a variety of hues – from black and brindled to red and yellow – this Scottish breed of cattle have long horns and are considered “hardy” cows, largely thanks to the blustery conditions and high rainfall of the Scottish Highlands. Popular for their shaggy good looks, their thick and long hair offers them good protection against the elements. Highland Cattle have a longer expected lifespan compared to other breeds; up to 20 years. With a docile temperament, they have a good nature and are protective of their young – so the new calf will certainly be in safe hands (or should we say, hooves!).

Whilst Noah’s Ark Zoo Farm is home to some of the most amazing big zoo animals, including lions, tigers, giraffes and rhinos, let’s not forget the other important part of our name: farm. Noah’s Ark ran as a dairy farm for 35 years, up until 1995, and was operated by current owners Anthony and Christina Bush. Back then, they used to have only dairy cows, so it’s important to us that the Highland Cows still play a big role in the farm today.

Noah’s Ark had its first full season open to the public in 1999, and the Farm Centre began with mainly farm animals, including rabbits, guinea pigs, goats, and a small number of exotic animals such as wallabies, rheas and llamas. It wasn’t until 2005 that our first big zoo animals came onto the scene, in the form of two South African white rhinos. We’ve come on leaps and bounds in the last couple of decades, but we won’t ever forget our roots as a working farm.

Make sure you pay our lovely farmyard animals a visit on your trip to Noah’s Ark; you’ll have the chance to get hands-on, and be able to feed and stroke them… and be sure to say hello to our new Highland calf Charlotte!