Our two South African white rhinos, Rumba and Rumbull, are part of the fixtures and fittings here at Noah’s Ark – they remain one of our most popular attractions and are a firm favourite with both visitors and staff alike. In fact, they’re playfully referred to by many locals as the ‘Rhinos of Wraxall’! 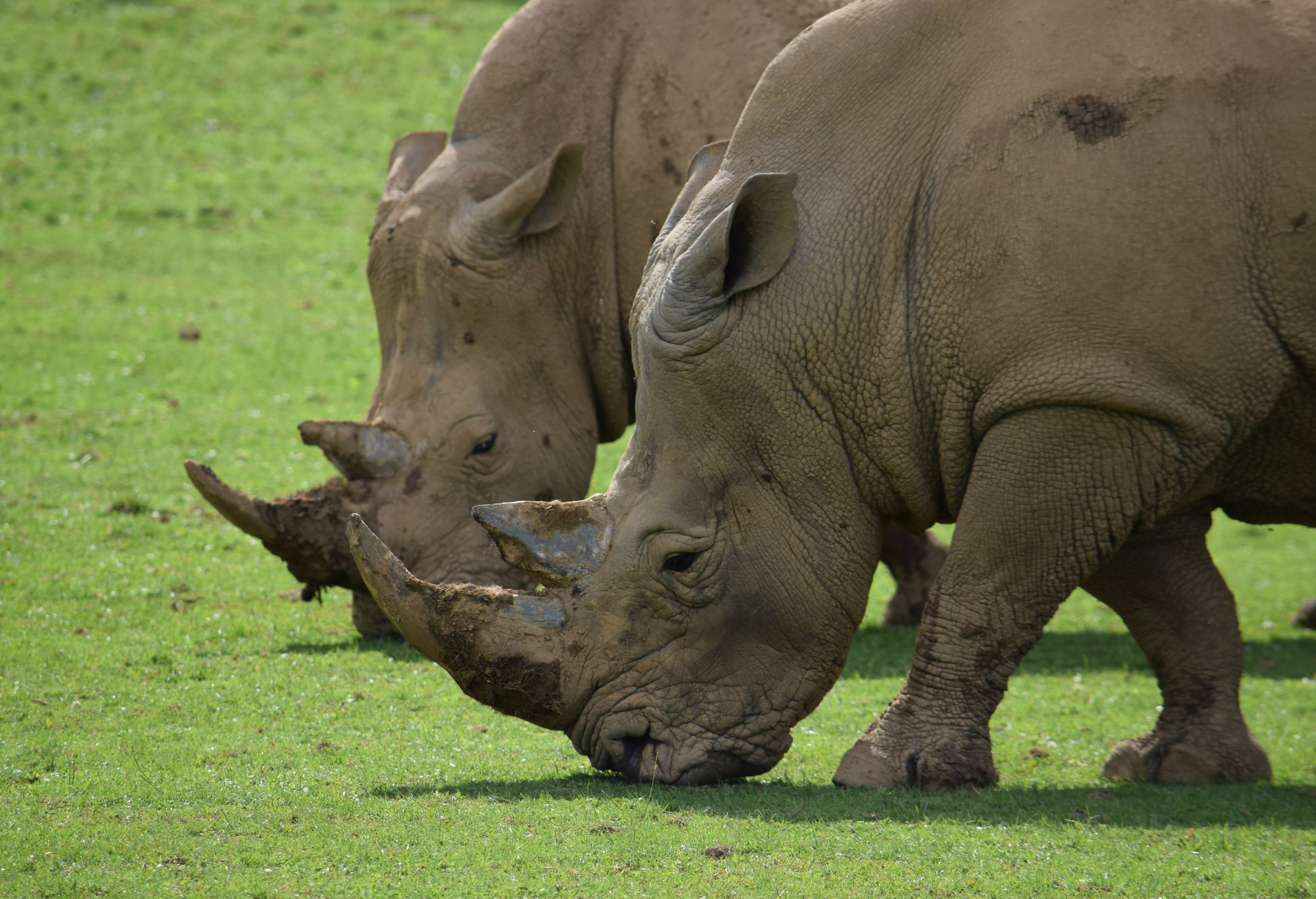 However, as loved-up as they are, they have struggled to conceive naturally. Rhino mating is notoriously difficult, which is why we have recently enlisted the help of German rhino reproductive specialists from Berlin’s Leibniz Institute for Zoo and Wildlife Research. And we’re rather hopeful that the pitter-patter of tiny (or not so tiny) feet is on the horizon… We hope that they will be able to breed within the next few years, helped along by modern science.

The Leibniz Institute utilise the most up-to-date scientific developments and conservation research in order to support wild and captive populations of important species; naturally, reproductive management plays a key role in this. We are extremely grateful to Dr. Robert Hermes and Dr. Frank Goritz for travelling all the way over to Bristol to work with our keepers to assess the reproductive conditions of our two rhinos and carry out artificial insemination (A.I.) this month. The news was good: sperm samples taken from our male rhino, Rumbull, proved of good enough quality to try the A.I. procedure on mate Rumba – and so the German team set to work. 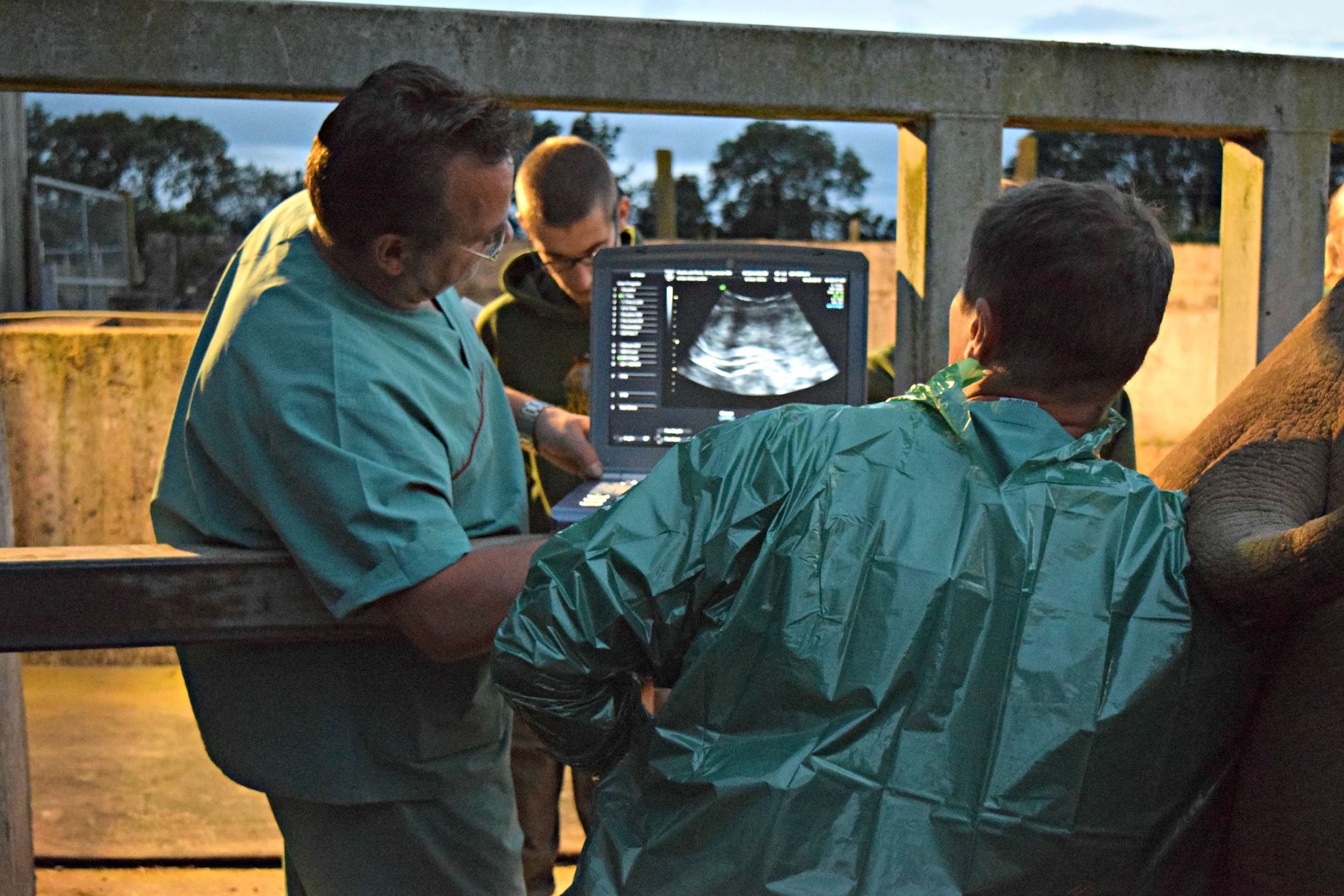 Two samples were inseminated over the space of two days, and we are now keeping our fingers crossed and waiting patiently to find out if the fertilisation was a success. As with all our amazing animals here at Noah’s Ark Zoo Farm, we hold our two rhinos close to our hearts; they were the first big zoo animals to arrive here ten years ago, when we transformed from a petting farm into a large animal zoo. Rhinos are classified as ‘near threatened’ on the International Union for Conservation of Nature (ICUN) Red List, so it’s important that we do all we can in terms of conservation.

It is proving to be an agonising wait to discover the outcome; with a gestation period of 16-18 months, it will be a minimum of six months before we find out the results of the insemination. If the procedure has been successful, it will be another 10 months until the birth of the baby rhino – so we could expect a new arrival sometime in the winter season of 2016/17. 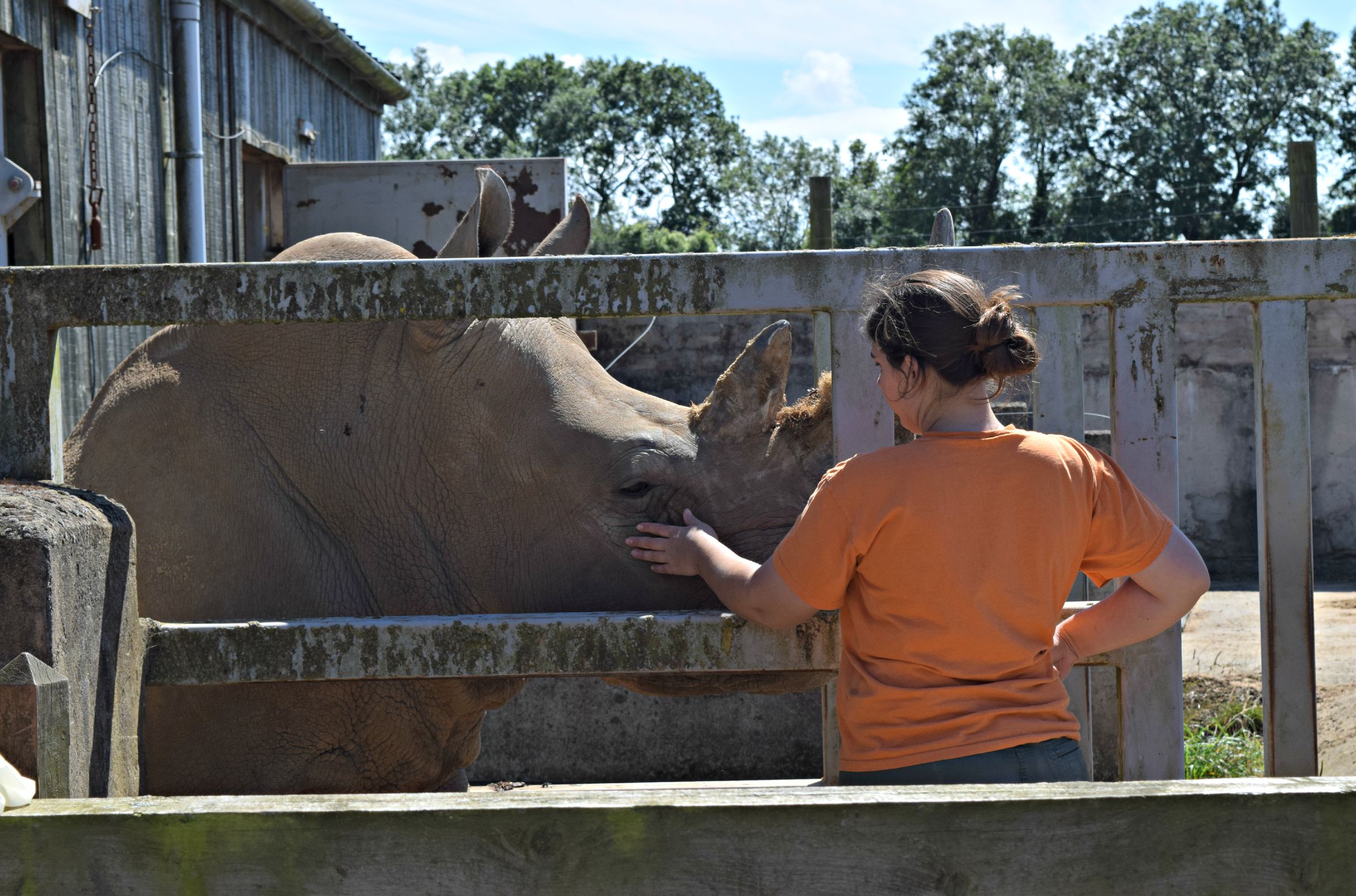 Working late into the night with the German team to assist with the procedures and monitor the rhinos, our keeper Chris Wilkinson commented: “We’re thankful to Robert and Frank for their expert work and care during the procedures. Rumba and Rumbull are doing very well and we’re all excited for the future for them – fingers crossed for a baby rhino!”

Come and say hello to Rumba and Rumbull at Noah’s Ark Zoo Farm, as well as our other amazing animals, including elephants, lions, tigers and giraffes. With indoor and outdoor zones, Noah’s Ark is an all-weather destination, open daily from 10:30am – 5pm, Monday to Saturday.