Noah’s Ark Zoo Farm will have a massive challenge assembling flat-pack houses for elephants with the arrival of a huge steel framed barn for Europe’s largest elephant habitat. The work which started on Elephant Eden in September is now well underway with the arrival of the huge 1,100 square meter heated house. But building during the winter has been no easy feat with heavy rainfall turning the site into a giant mud bath which provided unique challenges of its own. 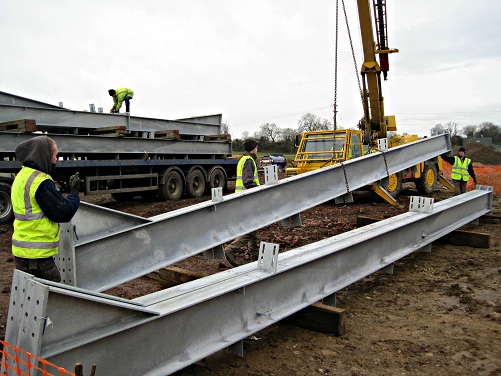 This unique complex for displaced Asian elephants is due to open in 2013 and will become the largest elephant habitat in the UK and Europe. Everything about this structure is designed to provide best care to the elephants. It will have separate areas for cow and bulls elephants both with a deep sand yard to promote good foot health. The bespoke elephant house was prefabricated from precise designs given to a steel-framed building specialist in Wales at the end of the summer. It began arriving by lorry in flat-pack galvanised sections on Wednesday, December 5. The barn will be built by contractors on foundations excavated and laid by the zoo. It includes extensive indoor and outdoor sand yards and a deep bathing pool which elephants can use 24/7. 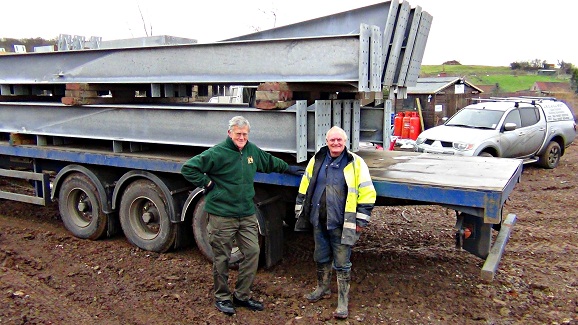 The elephant house is designed to be completely sustainable with an automated, enriched feeding system using electric winches to deliver food, while solar roof panels will provide renewable electricity. Heating is via biomass burners, recycling waste material into heat for both elephants and their Keepers. The pool will be filled from sustainable harvesting systems and rainwater collected from the elephant house roof and stored in reservoirs. The house will be green-clad and dug half-way into the ground where it will blend into its surroundings. It benefits from a 24hr network of CCTV and webcams to monitor elephant health and behaviour. Elephant Eden is designed to offer a better life to elephants already living in captivity. It could become home to rescue elephants from Europe who would benefit from a new, enriched environment. Individuals and small groups of elephants will be gradually added to create a herd that coexists happily.

The 80,000 m² complex for Asian elephants is being built within the Green Belt site of the zoo and has passed all the necessary planning and checks. The zoo will begin with individual Asian elephants or a small related group and allow time for the animals and newly appointed keepers to settle in before expanding the herd in future years. With a love of water and bathing, Asian elephants will have a deep bathing pool and a plentiful supply of water from harvesting systems built into the habitat – rainwater will be collected from the wide roof of the elephant house and stored in reservoirs. The new exhibit includes unique public viewing areas inside the elephant house and at outdoor stations and visitor platforms with views of elephants in their fields. More detailed graphical plans of the elephant house and enclosure will be published as visuals for the media in January. The zoo has had a busy autumn season which included the birth of a new endangered Siamang gibbon and reindeer fawn amongst other animals. Noah’s Ark was also ‘Highly Commended’ in the South West Tourism Awards announced this week for its Big Zoo Animal Keeper Experience, a gift day which offers visitors incredible one-on-one animal encounters.

The popular Christmas nativity plays return again with two different interpretations on Saturday, December 8, and Saturday, December 15, for families to attend. Noah’s Ark Zoo Farm is located just outside of Bristol only minutes from the M5 motorway. We are open Monday – Saturday 10:30am – 5pm from February 5 until December 15.