From Cows to Tigers

A new autobiography by Anthony Bush, the creator of Noah’s Ark Zoo Farm, has hit the shelves and promises to be a controversial read. No topic is too tricky for Mr Bush, an Anglican Christian, who talks about his views on religion, sex and the tiger scandal that hit Noah’s Ark Zoo Farm in 2009. But Mr Bush has remained resolute through these challenges and celebrated his Golden Wedding anniversary with wife Christina at Noah’s Ark Zoo Farm in Wraxall last Saturday, April 14. Visitors to the zoo that day had the chance to join in the celebrations by finding golden tickets and winning special prizes such as zoo keeper experiences. 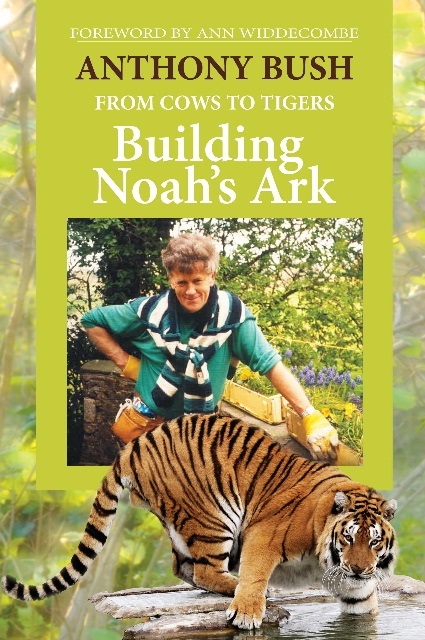 Saturday was also chosen as the book launch date of From Cows to Tigers: Building Noah’s Ark, the story of how the Oxford-educated theologian Anthony Bush started his visionary farm zoo in Bristol. It is a fascinating, and at turns shocking story, recounting how Mr Bush sold a pedigree herd of dairy cows to set up Noah’s Ark Zoo Farm, founded a charity to ‘send a cow’ to Uganda, and ongoing attempts to deal with underhand tactics used by animal rights activists against the zoo. It also gives his side of the most controversial story associated with Noah’s Ark Zoo Farm when a female tiger died. According to the Daily Mail: “The Christian zoo decapitated a dead tiger and cut off its paws before dumping the carcass and storing the head in a freezer.” Noah’s Ark Zoo Farm was expelled from the British and Irish Association of Zoos and Aquariums after the incident, but maintains that it had acted in good faith. Noah's Ark Zoo Farm is now reapplying for admission and for the first time you can now read what really went on behind the scenes from the point of view of the zoo owner. Most importantly From Cows to Tigers: Building Noah’s Ark gives an insight into the man himself through his life’s tribulations and his steadfast love for his family and God. While Mr Bush takes to task some notoriously secular scientists like Richard Dawkins, he also finds some unlikely common ground with the true faith of Islam. The reader is invited into Anthony Bush’s private life as it progresses through the very different stages of dairy farmer and charity founder. Above all this is a testament of faith and travelogue which celebrates life. From Cows to Tigers: Building Noah’s Ark is a vital read for anyone who challenges the decency behind Noah’s Ark Zoo Farm. And it promises to be a racy read says Anne Widdecombe, former Member of Parliament for Maidstone and Strictly Come Dancing star: “There is some frank stuff about sex here. It was rather different at the young ladies’ convent school I attended. Fortunately the reader need only turn a page or two and it is gone. Phew!”