A Siamang gibbon mother has given birth to her third healthy baby in as many years at Noah’s Ark Zoo Farm, a fantastic achievement considering that the species is endangered!

Siamangs are Classified as 'Threatened' and on the IUCN Red List (2008). In the wild their habitat is increasingly being destroyed by the Palm Oil industry, while they are also at risk from the illegal pet trade. 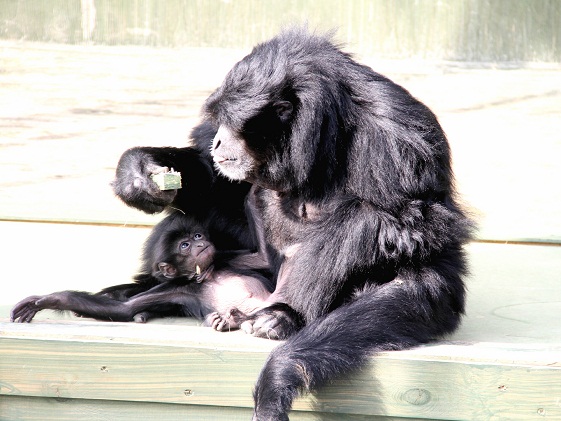 Noah’s Ark Zoo Farm in Bristol has provided a happy home for the gibbon family. Although mother Salome initially had troubles nursing, she now has a large family having already given birth to Sultana and Sidney. The new addition is another boy – Sam – and he is already showing an inclination to play with his older brothers.

Both dad Samson and mum Salome are part of a European Endangered Species Programme (EEP) for managed breeding, with Samson coming to Noah’s Ark from Banham Zoo and Salome from Twycross Zoo.

The autumn birth is a great success for the captive breeding programs at Noah’s Ark Zoo Farm, and at the same time wider ape conservation efforts. Siamang Gibbons are facing worrying population declines and zoos play an important role in maintaining healthy populations in safe environments. Noah’s Ark aims to educate visitors about these complicated issues affecting the interaction between apes and humans.

Primate Keeper Clare Pearce said: “I’m so pleased for Salome and Samson that they have another little infant to look after and their growing family is doing so well. We’re really glad to be providing a good enriched home for these important apes, which seem to be thriving here at Noah’s Ark.” 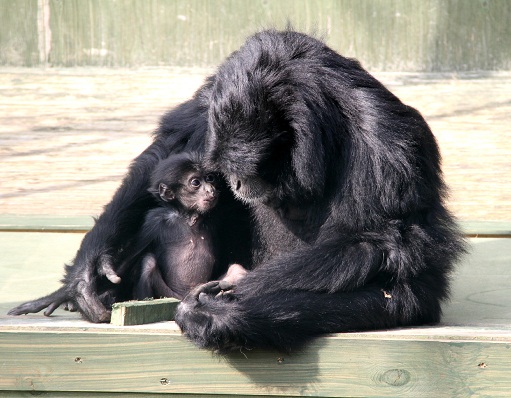 So why not join us this busy half term at the zoo when we have laid on a range of fun activities for both animals and visitors? These include the pumpkin enrichment programmes which are as challenging for our animals as they are educational for our visitors.

Noah’s Ark Zoo Farm is just outside of Bristol only minutes from the M5 motorway. We are open Monday – Saturday 10:30am – 5pm.

For more information about the animals, entry prices and events at Noah’s Ark, visit http://www.noahsarkzoofarm.co.uk or phone 01275 852606.