Three elderly elephants at the Toronto Zoo will be moved to a sanctuary in California. The decision was made with the approval of the Toronto city council which tried to take the best interests of the elephants, Thika, Toka and Iringa, into account. 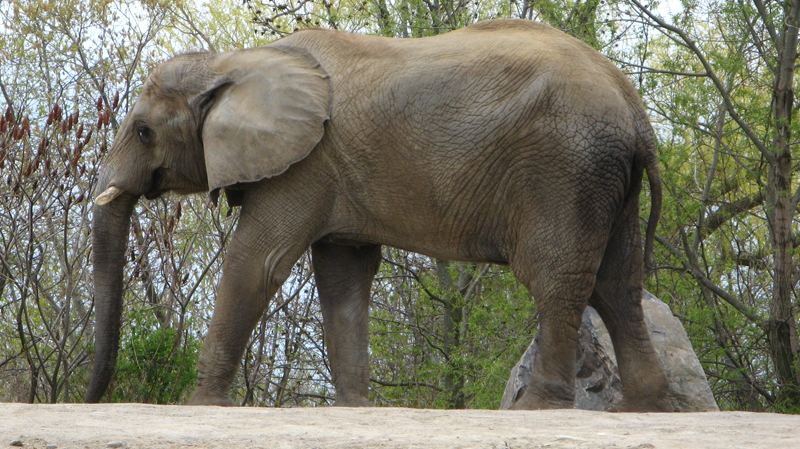 It is the equivalent of ‘snow birds’ heading south for warmer climes during the winter (snow birds is an American term for sun seeking pensioners). The elephants will even get a special whirlpool designed to treat their arthritis.

Toronto councillor Michelle Berardinetti, who started the motion to relocate the elephants, said: “The Galt elephant sanctuary in California has 80 acres for these elephants to finally roam free. They can relax in peace for the rest of their days as they will not be moved again.” However the decision was not always a sure bet and the famous American game host Bob Barker, who has now become an animal rights activist, personally made a visit to the zoo to make sure that the right thing was being done.

The Californian sanctuary is not accredited by the Association of Zoos and Aquariums because it is run more like a retirement home for aging animals than a zoo. The move shows that the zoo is dedicated to the welfare of the elephants as they have decided to move them despite the fact that they are an incredibly popular exhibit at the zoo. The older elephants get the more they are prone to falls and heart attacks, just in the same ways that humans are. Toronto Zoo has recently experienced financial troubles and it is estimated that selling off the animals will save a whopping $600,000 per year.