Despite wet weather last month the Elephant House at Noah’s Ark Zoo Farm is well underway as the result of some really hard work. 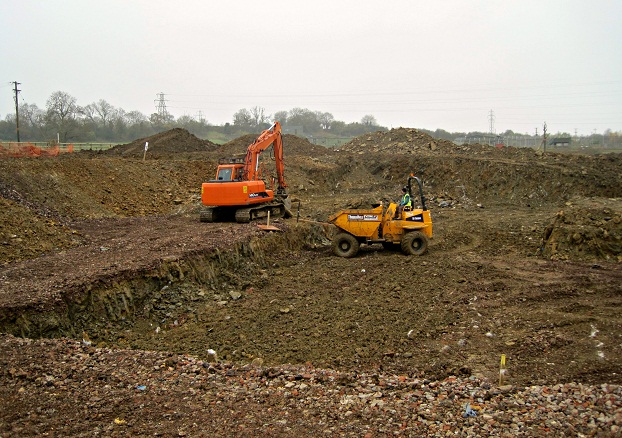 The foundations, sand yards and footprint for Elephant Eden, which will be the largest elephant sanctuary in Europe, are now in place. Excavating 10,000 tonnes of bedrock soil is no small feat and this huge project was undertaken by a building team with the help of two contracted plant drivers. Their biggest problem was dealing with earth that had been turned to a muddy mush by inclement weather. In any other situation work would’ve have been postponed in the face of such a major challenge but Noah’s Ark Zoo Farm had to persevere in order to meet the conditions of our grant. 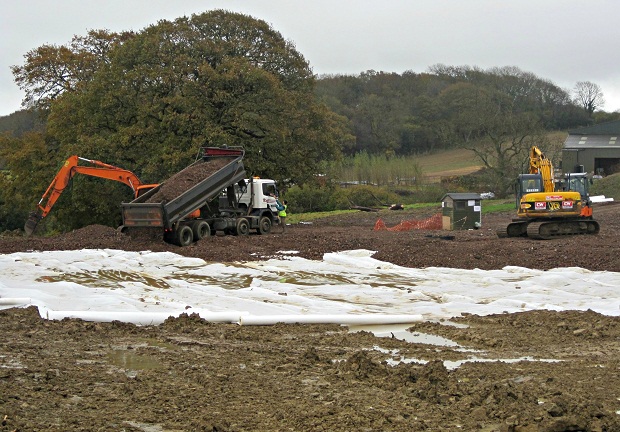 To counteract the appalling weather, we brought in 2000 tonnes of stone and special matting which was laid on the newly excavated wet area to firm up the ground and make a solid base. This added considerable extra cost to the project but was a necessity. The building team spent all week laying the matting and taking stone deliveries. Monday November 12 was a record-breaking day, with 1,500 tonnes of stone delivered by 82 lorries (each 20 tonnes) in 7.25 hours, which all then had to be rolled out by our team. Amazingly it all went smoothly, with the builders processing 3.5 tonnes per minute on average throughout the day. The elephant house is designed with 1.2m deep sand yards inside to promote good foot care in our elephants. It also provides enrichment opportunities for feeding as we are able to hide food items in the sand for them to dig up and search with their trunks and feet. Elephants unsurprisingly also like to take a load of their feet and they can bunch the sand into mounds to rest on. 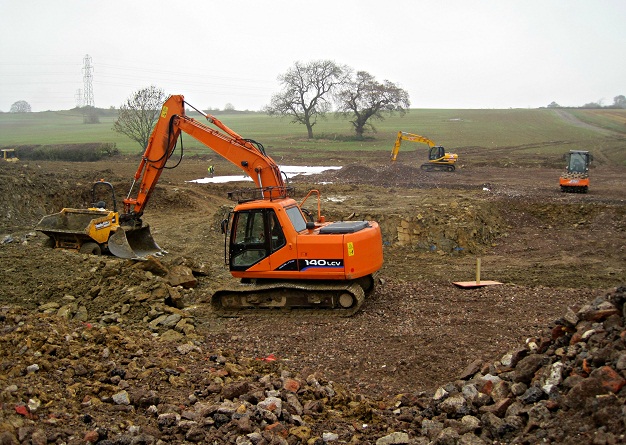 Laying the groundworks at Elephant Eden

All main layers of digging for the house and yards are now complete, and the brand new steel-framed elephant house will arrive in pieces next week to be put together by our contractors. Having been prefabricated in Wales, the 1100sq meter house is uniquely designed and has spent the past week at a galvaniser. The huge stanchions for the house will be pile-driven into the bedrock next week as the structure begins to go up. The main structure of the house and 20 acre perimeter fence will be up by the end of December. All the main elements of building for Elephant Eden, which will be a fully sustainable home to displaced Asian elephants, will be finished by April 2013. We expect to open the exhibit with elephants later in the summer.