Our special white rhinos have been with us since 2005, when they arrived as juveniles. Over the years they have become rather fond of each other and – and now that they have reached sexual maturity – it’s looking like their rhino romance might result in babies! The future here at Noah’s Ark looks bright; white rhinos have been given the status of ‘near threatened’ in the wild, so the fact they could become first-time parents here is fantastic news. And what’s giving them a helping hand? Why, Viagra and the science of poo, of course! 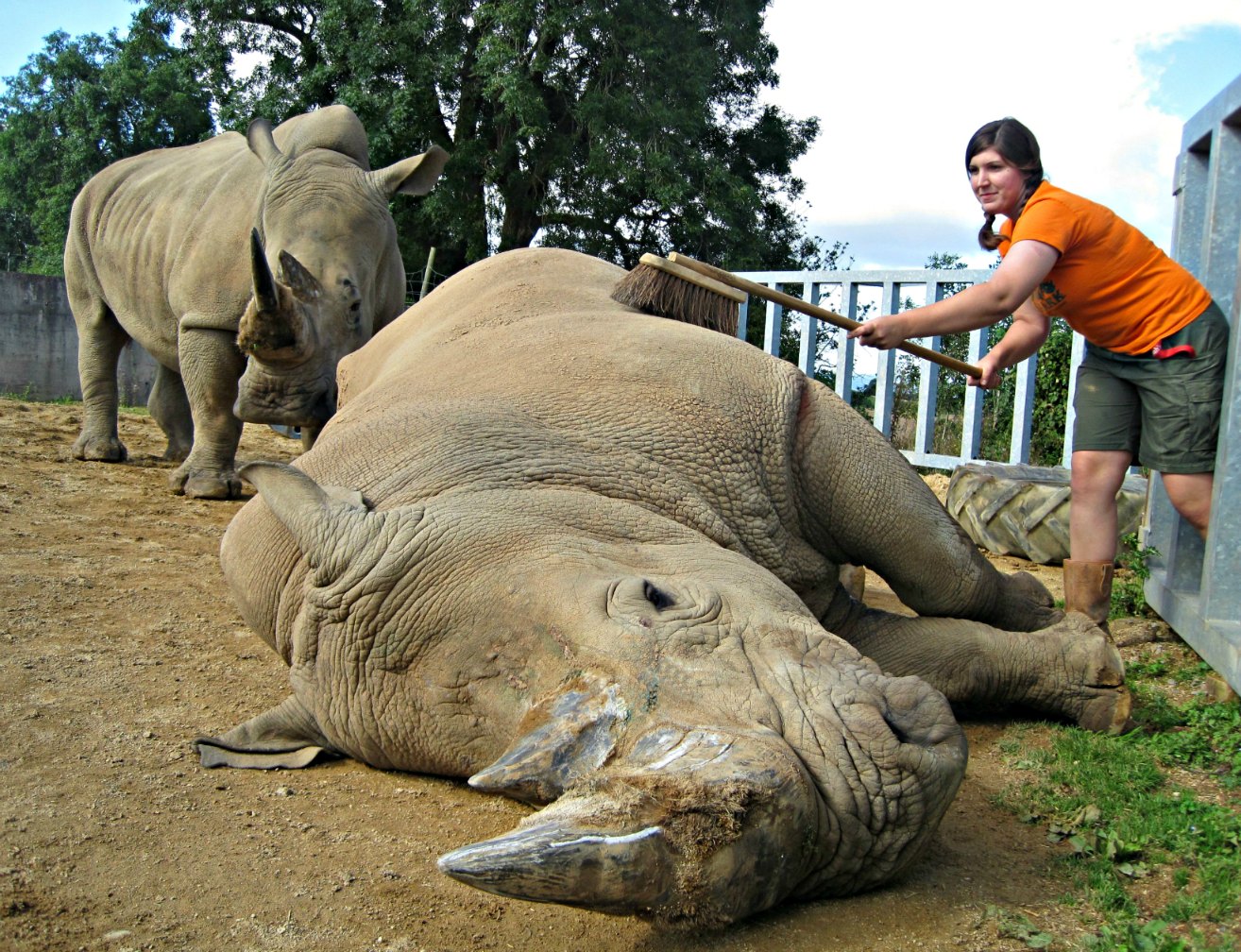 Their new-found interest in each other has meant that 14-year-old Rumba, who previously bossed male Rumbull (also 14) around, has had to become submissive to her now bigger partner, who has begun showing signs of dominance towards her. Our experienced rhino keepers here at Noah’s Ark Zoo Farm have been keeping a close eye on the pair, monitoring them and conducting research into rhino mating, with the hope that the giant duo may conceive naturally in their own time. However, to help the rhino romance on its way, we have decided to turn to nature… in the form of dietary supplements with baby-making enhancers, and the study of dung! 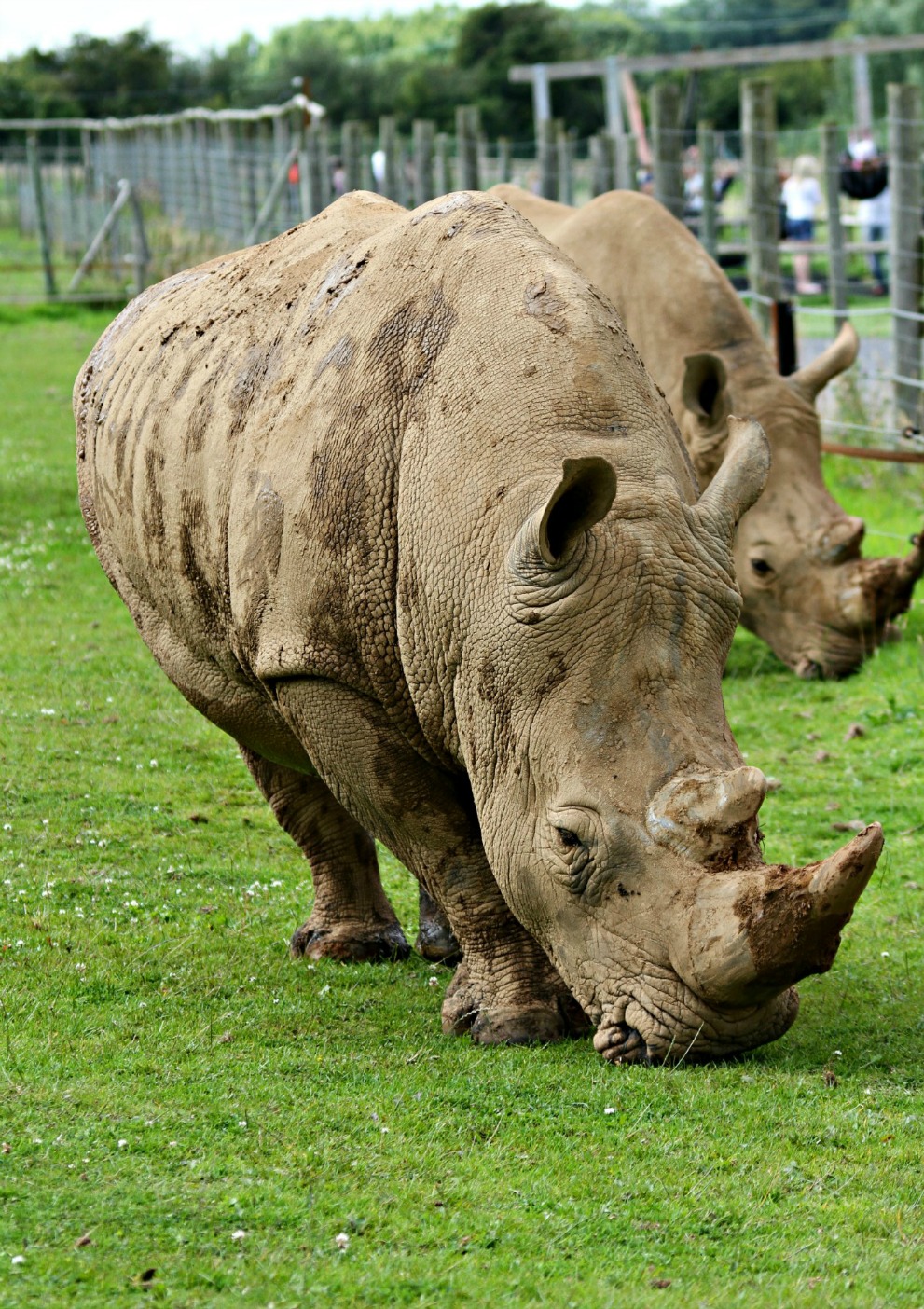 One supplement senior rhino keeper, Emma Green, is considering using a special feed pellet high in b-carotene. It’s organic and is thought to have other benefits, including reducing cancer risk in some mammals. The use of the supplement to improve fertility in mammals has been the subject of various scientific studies. Emma has worked with our two rhinos on a daily basis for the past three years, so knows their behaviour inside out. Emma and our other keepers have been in touch with keepers at other parks for advice. We often find that the best animal management techniques come from the people who spend the most amount of time with the animals – keepers and researchers. 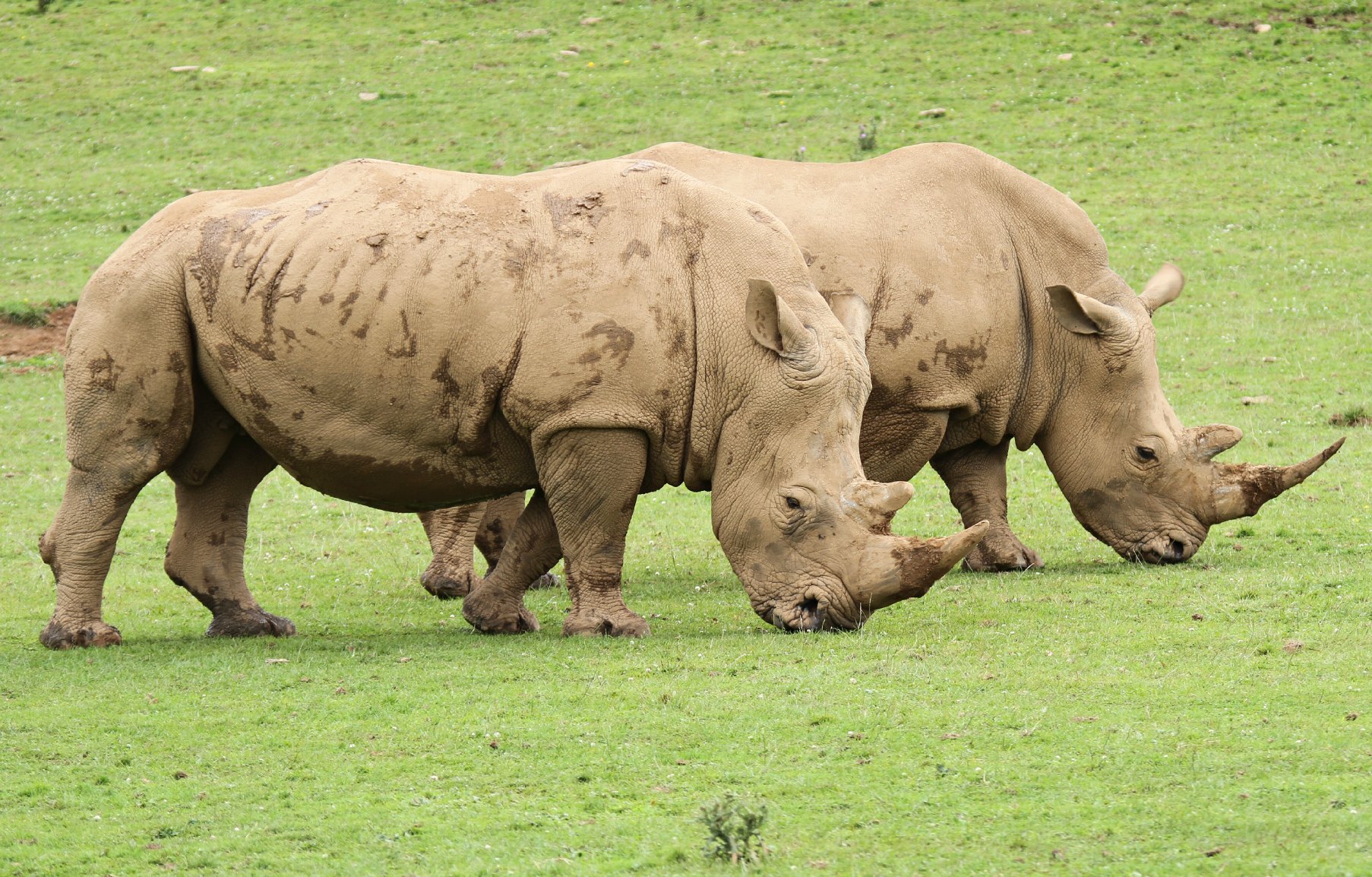 Emma also knows the rhino’s bowl movements too… and she is now taking regular dung samples from Rumba and sending them off for analysis of oestrogen levels to give further insight into her fertility and assess the chance of pregnancy. Emma has said: “I’ve got to know Rumba and Rumbull’s habits well over the past few years as I work so closely with them. There’s a noticeable change in their behaviour recently; sure signs of reaching sexual maturity. It’s interesting in particular watching Rumbull as he becomes more dominant. We hope they choose to breed when they’re ready, and then we will have another mouth to feed!” However, rhino breeding is notoriously complex and hard to predict; successful births in captivity are relatively rare. Rhinos experience one of the longest pregnancies in the animal kingdom at 15 months. The only animal with a longer gestation period is the elephant (taking a staggering 22 months!). We are all patiently waiting to hear the patter of not-so-tiny-feet… watch this space! If you want to get to know our rhinos a little better in the mean time, why not book onto our Big Zoo Animal Keeper Experience? You’ll get to meet them, clean and feed them in a completely unique morning working with our friendly Keepers! A once-in-a-lifetime experience.