Being a Zoo Keeper

Many of us have dreamt of being a zoo keeper for a day and getting to interact with the animals, but for one 60-something that was his whole life. Graham Chilton has worked at the Dudley Zoo, UK, for over 40 years and over the years he has dealt with every type of big zoo animal from crocodiles to big cats. 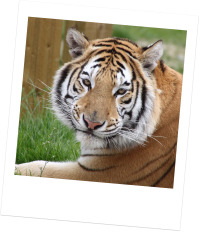 During that time he has fulfilled a life’s dream and travelled the world working at zoos as far afield as Australia and California. He has even tried to bring back animals including penguins and elephant seals from the Falklands for the zoo collection.

Mr Chilton explained the particular challenges of the age: “It took seven weeks for us to get back to Britain. We had to individually hand feed the penguins three times a day and we were the first expedition at that time to get back to the UK with all 90 penguins.” The highlight of Mr Chilton’s career however was his successful effort at breeding a captive Nile crocodile and he was one of the first people to ever do this. This level of daring and expertise led to him to feature on various TV shows such as Blue Peter and It’s a Knockout. But he worked in a bygone age, while it was commonplace for zoos in England to have animals such as dolphins back then, very few meet the stringent requirements to do so nowadays. Despite the fact that he will miss working with his favourite animal – snakes – Mr Chilton concedes that now is the right time to let the younger generation be keeper for a day. He said: “45 years later, now is the right time to go. I’ve had the opportunities, now it’s the turn for the younger zoo keepers."

If you want the chance to see what it's like to be a zoo keeper for a day, head to Noah's Ark Zoo Farm in Wraxall, Bristol.