It’s all go at Noah’s Ark Zoo Farm near Bristol with new arrivals, birthday celebrations and plans for exciting festivities in the pipeline. We’ve welcomed another new animal aboard the Ark and she’s a real beauty! Say hello to Stella, an African Spurred tortoise. 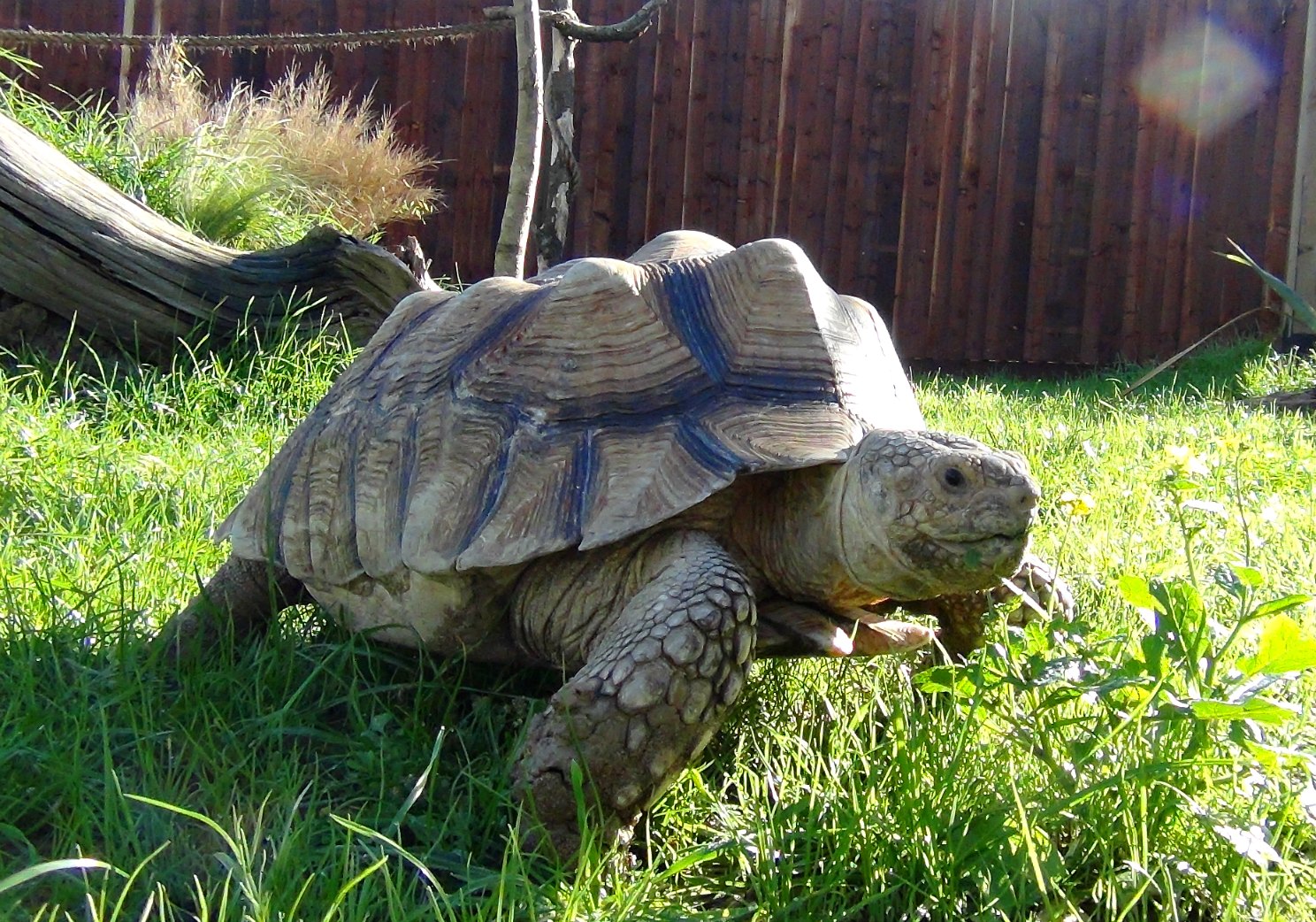 A threatened species, African Spurred tortoises are native to the arid regions in West Africa and the Horn of Africa, including the Sahara desert. These herbivores are the largest of the African tortoise species and can reach weights of 200lbs. Stella has set up home in a new habitat for tortoises and Ring-tailed Lemurs at Noah’s Ark, Wraxall. They are sharing the new Lemur House and have settled in well together – Lemurs and Angonoka tortoises both hail from Madagascar so these types of animals get along. We’re letting them get a bit of cross-species company which is more like their native life in the wild. 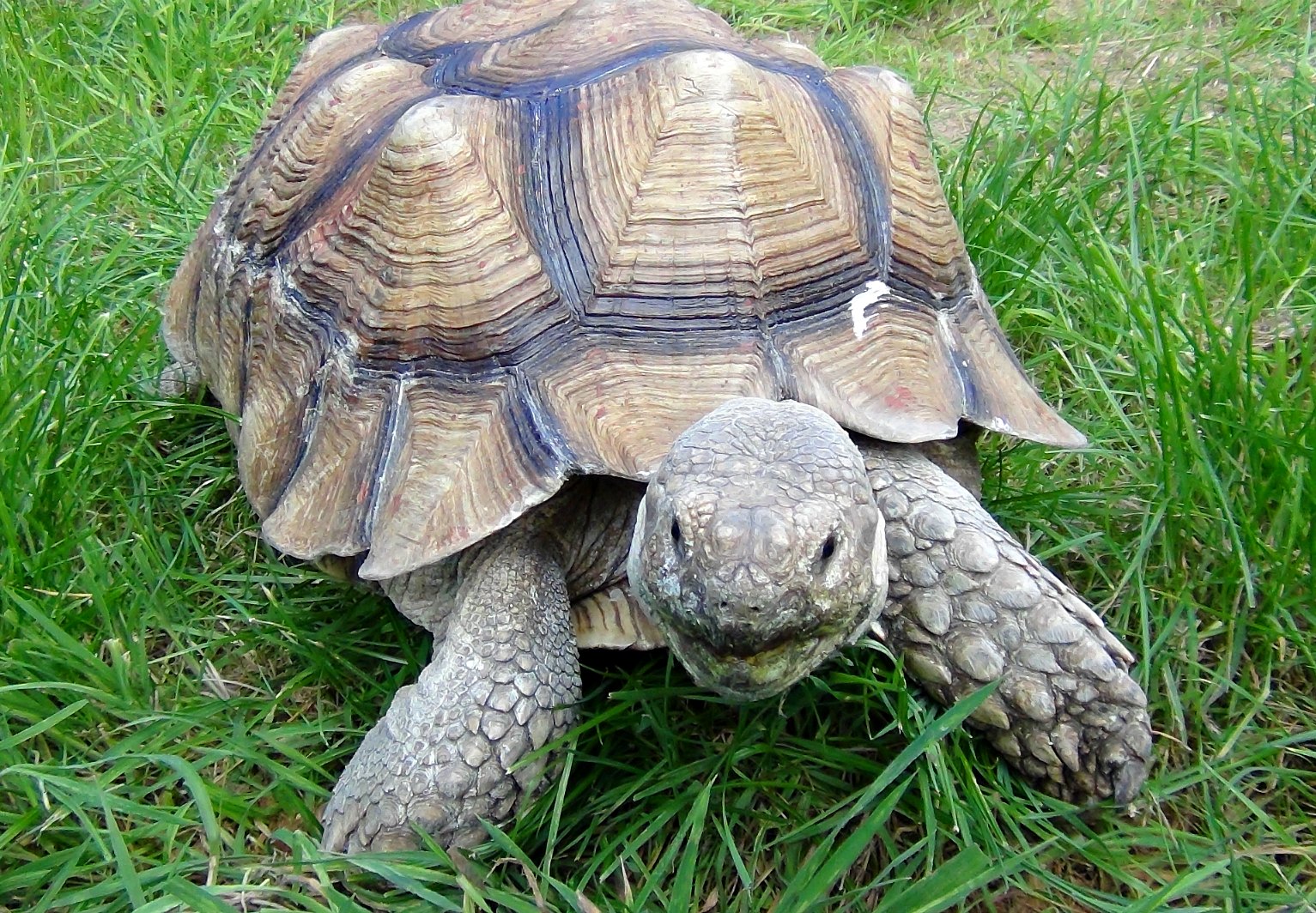 Stella looking pleased with her new home at Noah's Ark

Stella endeared herself to Noah’s Ark’s keepers straight away by whizzing around her temporary heated room where she was in quarantine at surprisingly fast speed! Keeper Mandy Patch says: “We are looking forward to managing our tortoises in a new mixed exhibit with lemurs here at Noah’s Ark and Stella is a welcome addition to the group – she’s settling in very well”. Meanwhile around the corner in the Siamang gibbon habitat, we celebrated a very special birthday on Tuesday. Our little gibbon Sam showed he was all grown up as he had his first birthday. We made sure he had some tasty birthday treats to tuck into, although he had to share with mum Salome and dad Samson! 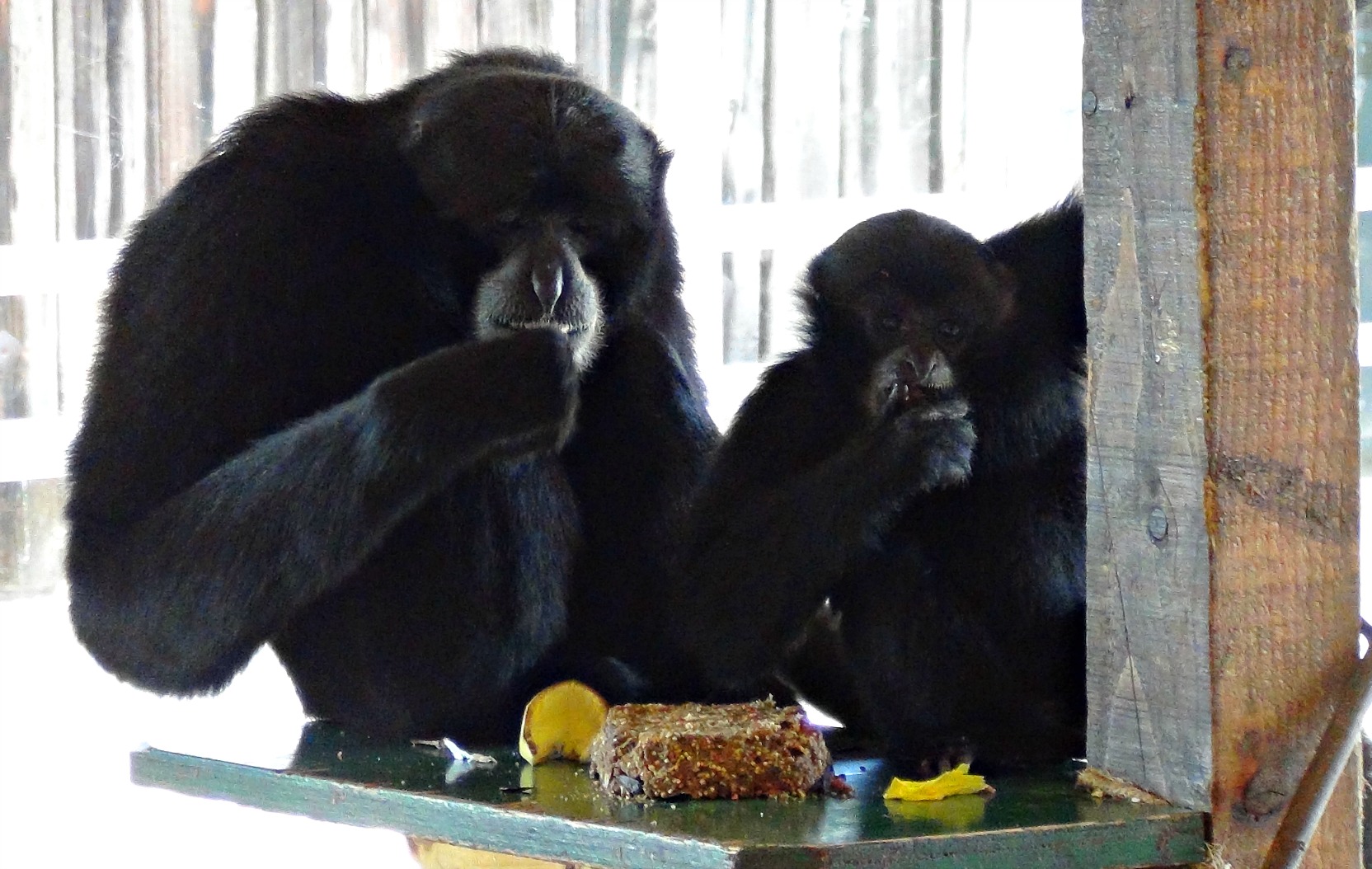 Sam and his family tucked into his birthday treats

Sam is their third baby and last season we moved Sam’s older siblings Sidney and Sultana next door, so their parents had more time and space to bring him up. The gibbons are one of our most successful family groups at Noah’s Ark – great news as Siamang gibbons are critically endangered in the wild. In South-East Asia they face threats from the illegal pet trade and the logging of their natural forest habitat so we are pleased to be contributing towards conservation efforts for this majestic primate. More treats are in store for the gibbons at the end of the month when we celebrate Halloween with Pumpkin Day on Thursday, October 31.

Carved pumpkins containing edible surprises will be hung from the top of the gibbon enclosure, so the family can swing around and find their treats. All the animals at Noah’s Ark will get their own carved pumpkins to play with thanks to the enriching activity from their keepers. The festive fun continues into December with two weekend nativity plays on Saturday, December 7 and 14, included with normal zoo entry tickets. The Portishead Brownies will be performing the first nativity, with Christchurch Clifton taking to the stage the following week. Visitors can see the tortoises out in their shared enclosure with Ring-tailed Lemurs now, as well as pop by the gibbon enclosure and wish Sam a belated happy birthday!

We’re open Monday to Saturday 10:30am to 5pm at Noah’s Ark, offering a fun and exciting family day out in Bristol.

For more information about Stella and Sam or our exciting Halloween and Christmas activities at Noah’s Ark visit www.noahsarkzoofarm.co.uk or phone 01275 852606.