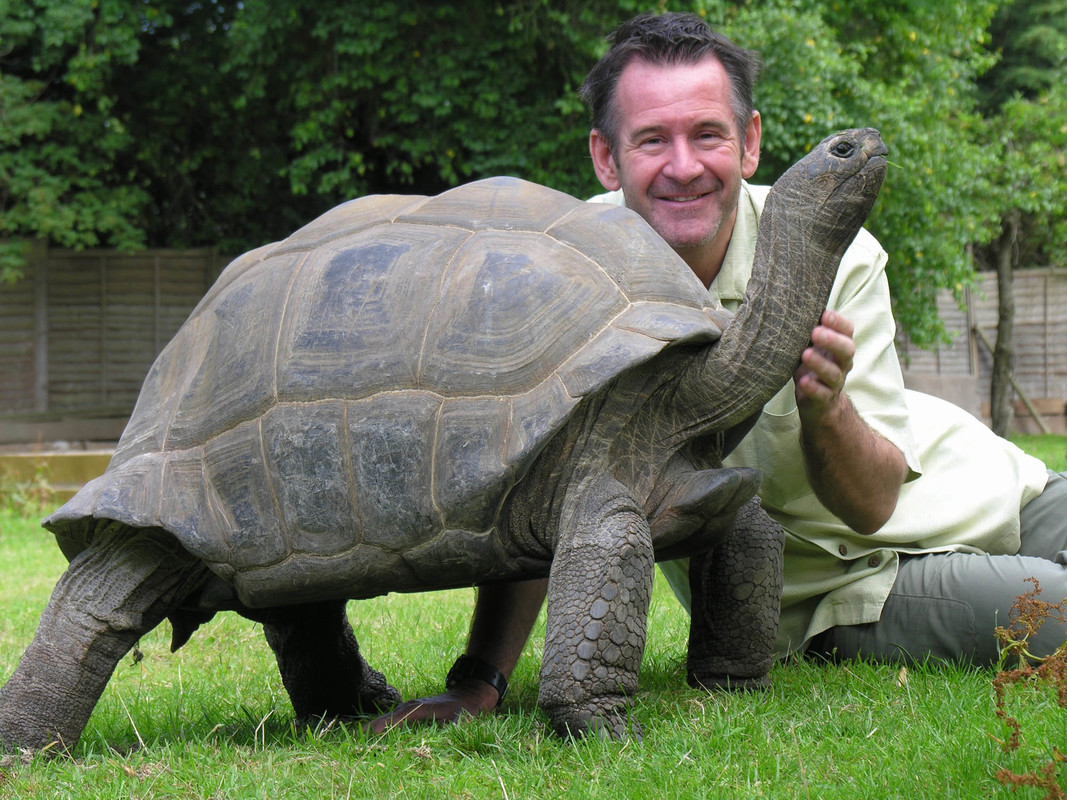 The Aldabra Tortoise gains its name from the islands of the Aldabra Atoll in the Seychelles which is home to the largest population of Giant Tortoises, over 100,000 individuals. The Atoll is now protected from human influence allowing the species to flourish. Unfortunately The Aldabra Tortoise is the only African giant tortoise species surviving in the wild, the other species are now extinct likely due to human settlements. Many species were hunted to extinction and others struggled to live alongside introduced species such as goats, rats and cats. 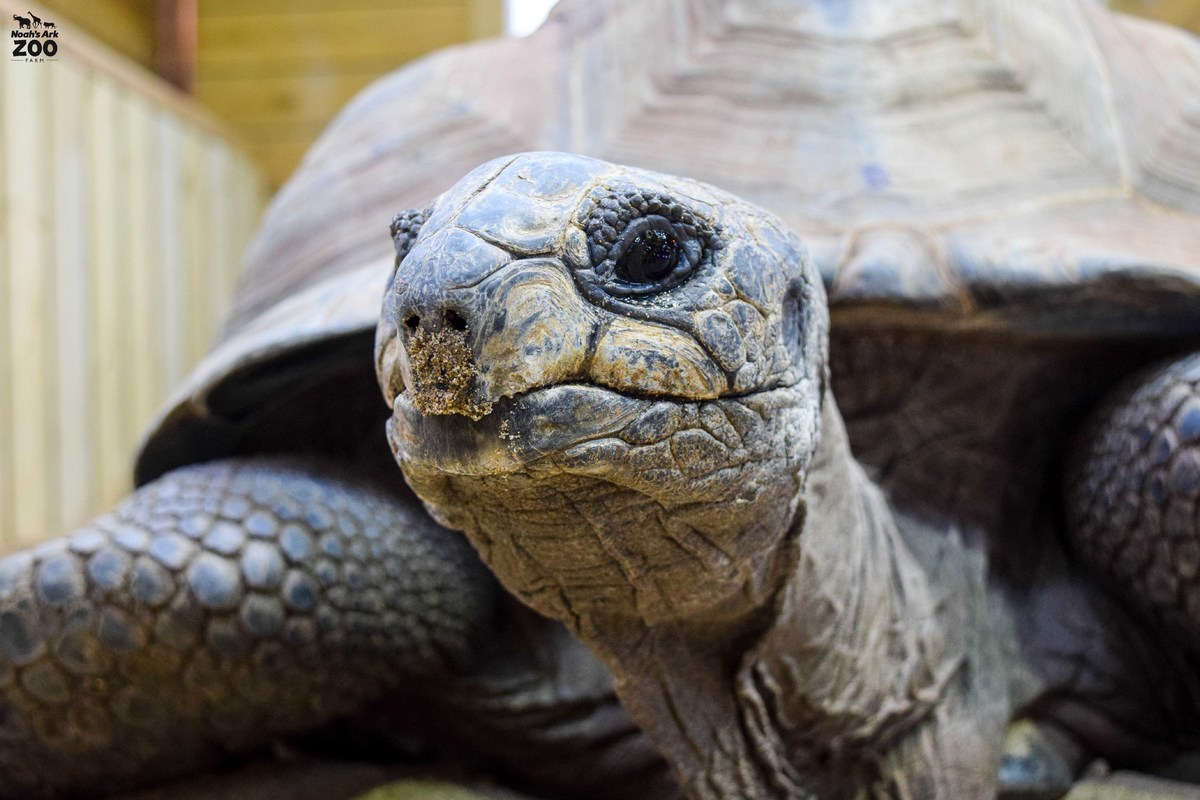 The Aldabra Tortoise is one of the largest Tortoises in the world and adults can weigh between 150-250kg. The Aldabra Tortoise is also one of the longest lived species and have been known to live over 150 years. The tortoise can be recognized by its large dome-shaped carapace or shell which acts as a protective armor. The neck of the giant tortoise is unusually long to aid individuals to reach foliage up to a meter off of the ground. Giant Tortoises are also thought to be good swimmers as they are naturally buoyant and can hold their breath for up to 30 minutes. 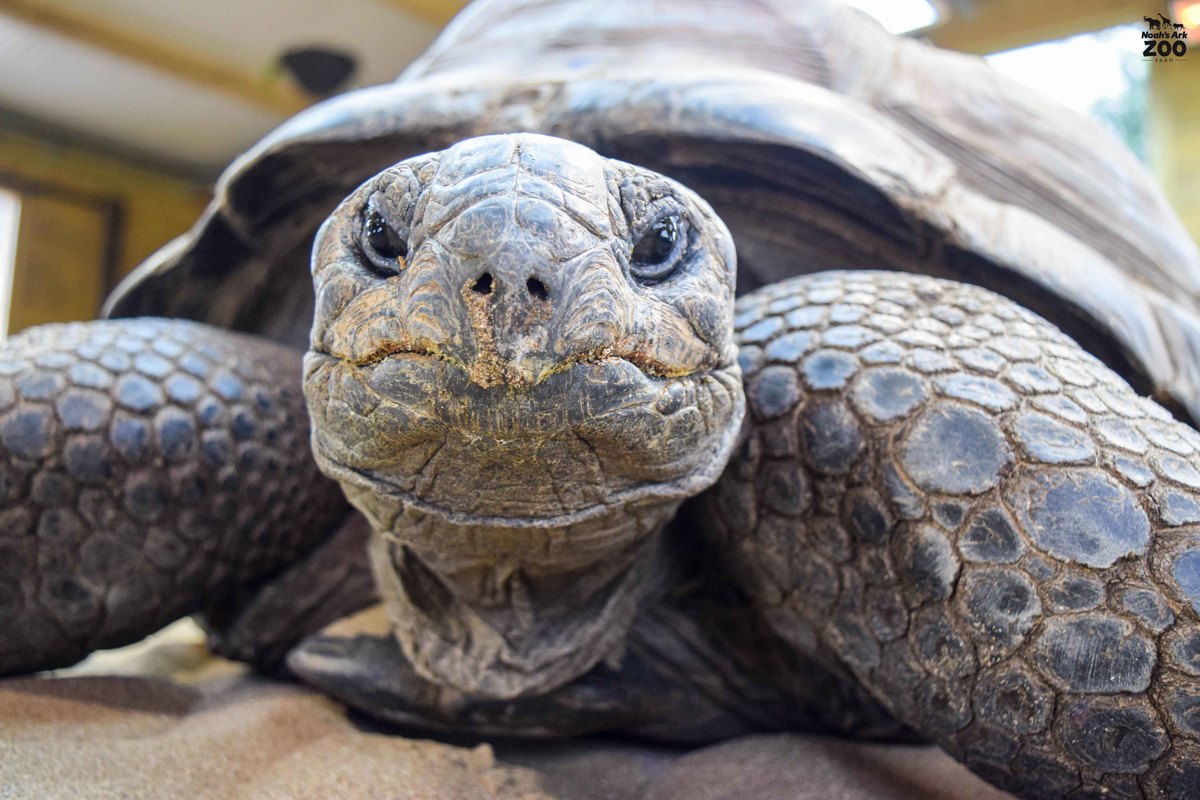 Aldabra Giant Tortoises live solitary lives as well as in large herds. Their natural habitat in the Seychelles can reach temperatures over 30°C and so individuals are typically more active in the morning before the temperature gets too high. Giant tortoises are also known to rest in swamps to cool off in the midday heat. To replicate the Giant Tortoise’s natural habitat our enclosure has heating lamps at temperatures ranging from 26°C to 35°C and both an indoor and outdoor pool. The Aldabra Tortoise is herbivorous meaning they live on a diet of plants. Our individuals enjoy a diet of grass, hay and browse. 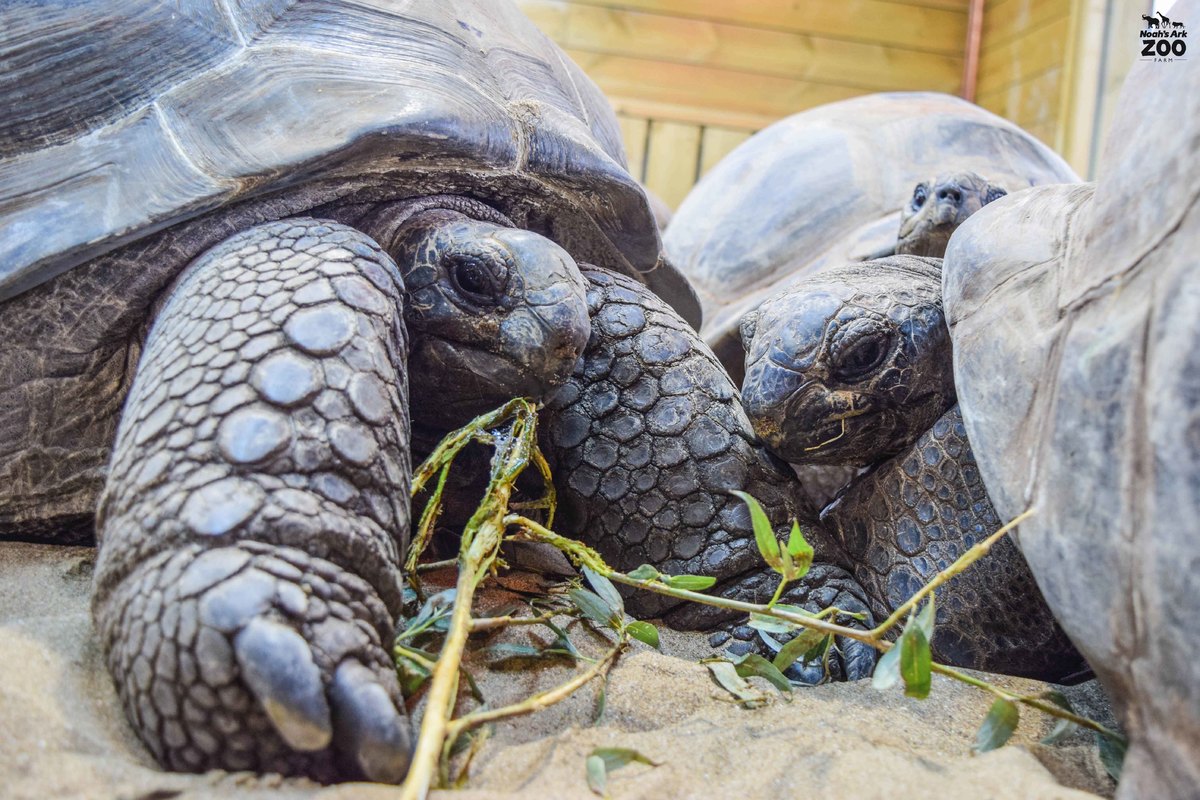 Today the Aldabra Giant Tortoise is listed by the ICUN as Vulnerable to Extinction. Come along to Noah’s Ark Zoo Farm to learn more about these giants and how you can help.